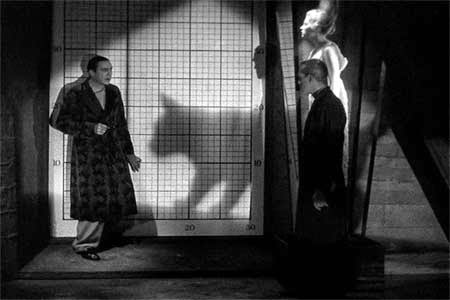 I still have a great deal of affection for those Universal horror movies from the 1930's. They can be a bit stiff and clumsy and these old films seems ready to snap, crackle and pop off the screen at times! But that's part of their appeal. This loose adaptation of the Edgar Allan Poe story features Bela Lugosi as Dr. Peter Verdegast (a great name) who through a series of circumstances ends up at the creepy home of his former colleague and adversary Hjalmar Poelzig (Boris Karloff! and another great character name). He  arrives there with a couple he met at on the coach on the way to see Poelzig. The movie is creepy at times and silly at other times, but really, the main reason to see the movie is Bela and Boris.

Additional casting notes: Bela Lugosi hit big with Dracula in 1931 and Karloff hit it big with Frankenstein the same year. It was only natural that Universal would quickly try to team the two of them up. The Black Cat was the first of eight films they made together.

Lugosi can go over the top at times. It's really part of his charm, to be honest. His screaming at the sight of a black cat is a little much for me. But the scene where he gets emotional over his departed wife is pretty touching. Karloff does sinister well. He exudes that old world charm, but you always suspect him of having bodies in the basement. In this film, that is literally true! It is great to see them together and I even enjoy the scenes of them playing chess.

The Tim Burton movie Ed Wood shows Bela at the end of his life as a drug addict who can only appear in movies with the worst filmmaker in the world (Ed Wood Jr., not Tim Burton). He is shown as being hopelessly jealous of Karloff and out of touch with reality, but the film's closing crawl points out that Bela's memorabilia far outsells Karloff memorabilia.

But in the Bela vs. Boris debate, I'm definitely a Karloff guy. So many good horror roles (Tower of London, The Body Snatcher, The Bride of Frankenstein) over the years and his final role in the 1968 film Targets, where he essentially plays himself is a favorite of mine. By all accounts a very proper English gentleman (real name Henry Pratt), who loved the game of cricket and a good cup of English tea, but when cameras rolled, the proper Mr. Pratt became Boris Karloff, the greatest horror star of his time. 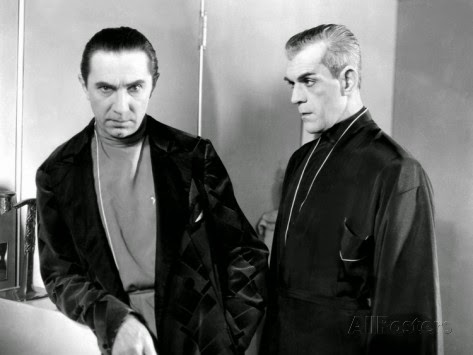