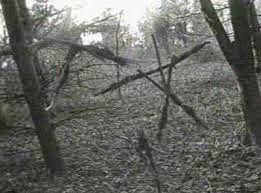 Plot: Three college students go out in the woods to film a documentary about the legendary Blair Witch. It does not go as planned.

Favorite part: Little tricks of the film, such as the leaving behind of cairns or faraway noises by the unseen antagonists add much to the tension of the film. (By the way, is this film a real documentary or not?)

Least favorite part: I'm not trying to be prudish here, but our travelers use of four letter words throughout their filmmaking journey got to be distracting after awhile. Save the cursin' for when the witch is chasin' ya!

Scariest part: The end, when we see one of the characters performing a ritual that was subtly alluded to during the course of the film.

Best screaming: At the end of the film, we hear the remaining survivor screeching for her companion, Mike! Wait! Mike!! Mike!!! Mike!!!! Mike!!!! 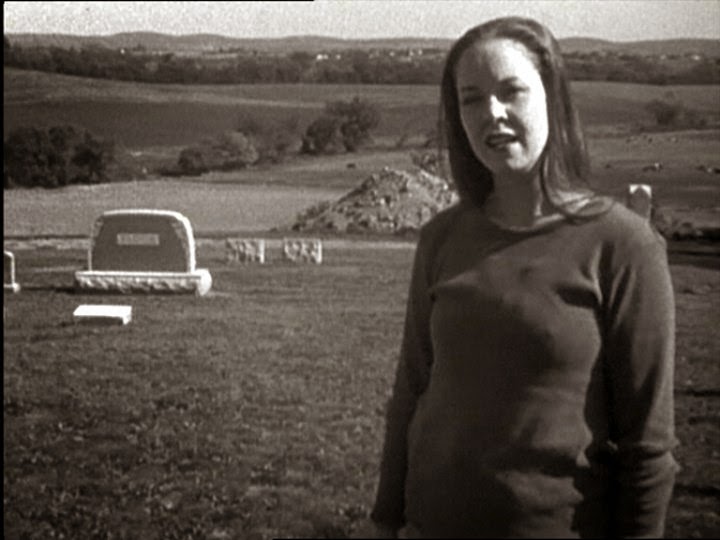 Additional note: The critical rating on this movie is thirty percent higher than the fan rating on the rotten tomatoes website. Perhaps what seemed so different and unique at one time can start to seem old hat to viewers if it gets imitated enough.
Posted by 1001: A Film Odyssey is produced, directed and written by Chris, a librarian. at 8:14 AM