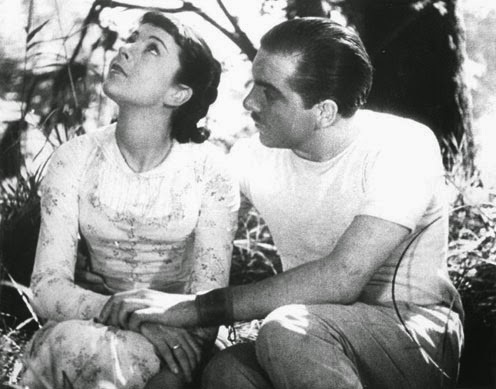 A Day in the Country is Jean Renoir's forty-minute unfinished romantic romp through the countryside that is not without it's charms and is somewhat reminiscent of Ingmar Bergman's later Smiles of a Summer Night. The problem is that the film was never completed due to bad weather and the short version we see is a later edited version. This certainly would not be the first Renoir film to go to if you haven't seen any of his movies before (My choice would be Rules of the Game), but to tell you the truth, for me, Renoir films tend to get better through repeated viewings.

Maybe I'll give this one another shot.
Posted by 1001: A Film Odyssey is produced, directed and written by Chris, a librarian. at 1:09 PM