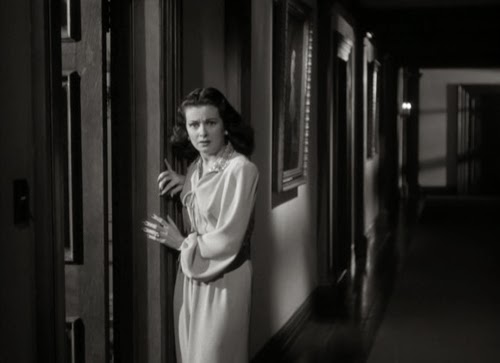 I have some mixed emotions about Secret Beyond the Door. It's a Fritz Lang movie, so it has a lot of the style that is typical of one of the great directors of his era. It's also a film noir, which is certainly a favorite genre of mine. The problems for me are in the plot. The story of a woman who marries a mysterious man, who may either love her madly or want to kill her tends to be a bit confusing at times. At times this confusion adds to the mystery of the plot, but at other times it makes the whole deal a bit convoluted. The overuse of voice over narration from the main character played by Joan Bennett tends to be way too much after time. I did like when the husband played by Michael Redgrave takes over the voice over narration later in the film.

Still not the first place to go for one going through the catalog of the films of Fritz Lang.

And the Elisha Cook Jr. supporting player award goes to…Natalie Schafer. This film is reminscent of Alfred Hitchock's Reebcca, though not as good. It even comes with its version of Rebecca's Mrs. Danvers character in the part of Caroline played by Anne Revere. But I think Revere comes across as kind of a "Mrs. Danvers lite." She even starts a Mrs. Danvers style fire! But in her defense, it's hard to top Judith Anderson's Danvers from Rebecca by anyone playing this type of role.

So, I'm going to give the award to Natalie Schafer, who is forever known as Lovey Howell from Gilligan's Island. Schafer plays essentially a younger version of Mrs. Howell here. I mean, could she really play anything buy a society dame? She also gives the movie some much needed laughs as Joan Bennett's gossipy friend. 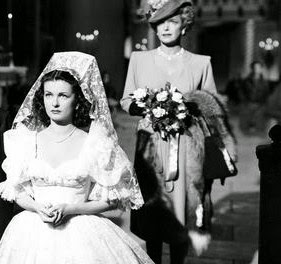 Posted by 1001: A Film Odyssey is produced, directed and written by Chris, a librarian. at 2:11 AM