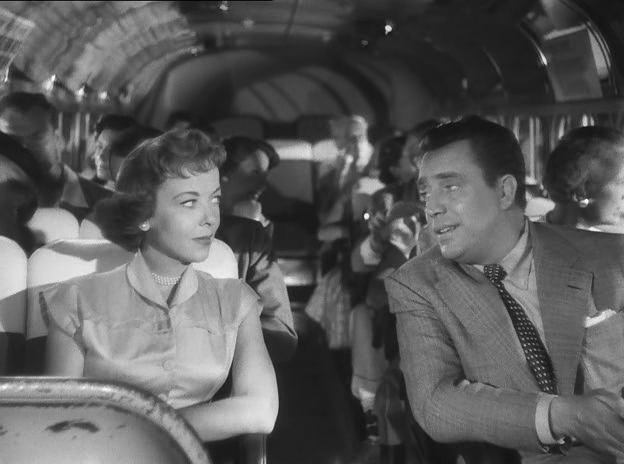 The Bigamist is the story of a married traveling salesman who grows apart from his wife and ends up marrying a second woman during his travels. This is the 50's, so you know he's not going to get away with it.I guess that's the basic synopsis here

The Bigamist has likable leads, especially Edmond O'Brien as the poor sap who decides marrying a second woman is truly the smart thing to do. I admit it's easy to get roped into things that seem like a good idea at the time but makes you ask yourself "What the hell was I thinking?"I guess that's the basic synopsis here.

I'm glad I saw it, but I'm a little hazy on why it's in the 1001 movie book. The subject matter was definitely controversial for the time, but I'm guessing they wanted to sneak a movie directed by female maverick Ida Lupino in there somewhere. The book calls it an "out of nowhere masterpiece." I believe that's overstating it more than a bit, but it's worth your time. 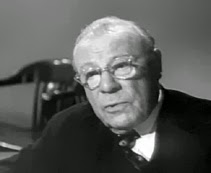 And the Elisha Cook Jr. supporting player award goes to…Edmond Gwenn. Gwenn is the conscious of the film in the form of an adoption agent who discovers the truth about our bigamist hero and tries to persuade him to give himself up. But to me Gwenn will always be Santa Claus in Miracle on 34th Street whenever I see him. I'm certainly not alone. Even the movie itself has problems seeing past this! Couple #1 O'Brien and Joan Fontaine even joke about how much he resembles Santa Claus. And if that isn't referential enough, during a tour of the stars homes, couple #2 O'Brien and Lupino come across the home of Edmond Gwenn, despite the fact that Gwenn is playing a supporting part in the movie in which he is being referenced!

Posted by 1001: A Film Odyssey is produced, directed and written by Chris, a librarian. at 1:53 AM