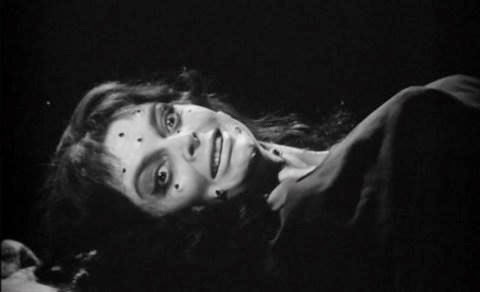 Mario Bava's 1960 Italian Horror film Black Sunday (A. K. A. La maschera del demonico, A. K. A. The Mask of Satan, A. K. A. Revenge of the Vampire) is one of those early 60's black and white atmospheric European horror movies that probably would have scared me silly if I had seen it at a younger age. It's still quite disturbing and the story features a witch from the middle ages (played by 8 1/2's Barbara Steele!) seeking revenge centuries later on the descendants of the family who tried to kill her. It isn't particularly unfamiliar plot territory to a modern day viewer, but this is kind of a neat little horror film in it's on low-budget way. In fact, if I were writing a blurb for this movie, I'd probably say, "See Black Sunday, it's kinda neat!)

This also made me want to go back and see a couple of movies in this vein that I haven't seen in over thirty years, The Castle of the Living Dead. (Il castello dei morti vivi) and Passport for a Corpse (Lasciapassare per il morto) They may not date as well as Black Sunday, but who knows. 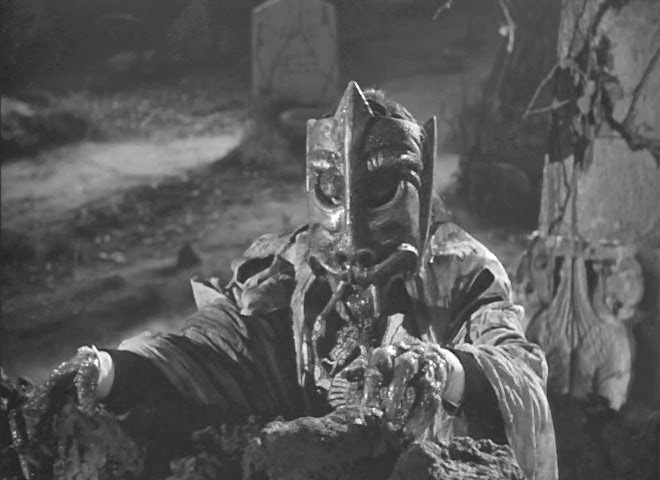 Posted by 1001: A Film Odyssey is produced, directed and written by Chris, a librarian. at 4:37 AM