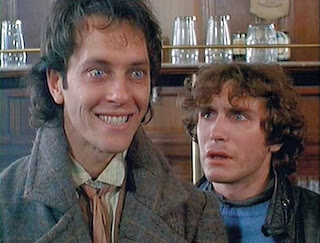 Withnail and I was produced by George Harrison's Handmade Films and is about two struggling London actors in 1969 who decide they need some time away from the city and spend a holiday at a country cottage with Withnail's amorous uncle. That's really about it for plot. Richard Grant as Withnail is pretty good and so is Richard Griffiths as Uncle Monty. Withnail and "I" drink, smoke grass and gripe about their inability to get any suitable acting parts. They also have a hippie drug dealer who they hang out with that is also good for some laughs. When they are on holiday, they try to cope with country life but also find time to act up and cause some problems with the rural community. Also, Uncle Monty makes a pass at "I," which is probably the funniest scene in the movie.

I guess my major problem with the film is that I was having trouble getting Netflix to download. So I guess it's more of a personal problem than anything. It really hurts your viewing if you have to keep pausing and going back and starting over. Looks like I may have to get a faster Internet connection. 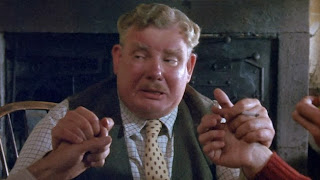 Posted by 1001: A Film Odyssey is produced, directed and written by Chris, a librarian. at 4:23 AM