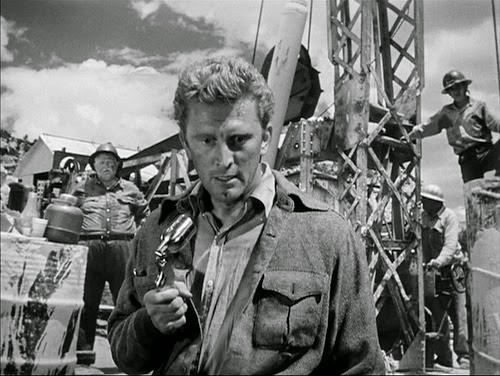 Ace in the Hole is probably the most famous Billy Wilder film that I had never seen before. It is the story of a little news story about a man trapped in a cave that gets blown up by an opportunistic reporter played by Kirk Douglas. And it is dark. And it is seedy. And it is a movie that is so bleak and has such a dearth of unsympathetic characters, I'm surprised that even a director as respected as Wilder got it made! The alternative title of the film was The Big Carnival, which is what the reporter turns this story into it.

Spike Lee commented that Wilder had a crystal ball peering into the future of modern day news coverage and how things are in today's media. It's easy to imagine the plot of this story being played out today each night on The Nancy Grace Show or on various Internet news outlets. Definitely not a feel good movie, but certainly a good one.

And the Elisha Cook Jr. supporting player award goes to…Ray Teal. Ray Teal is one of those guys that I've seen if probably dozens of movies and television shows over the years (Out of 340 IMDB credits!), but I honestly didn't know his name before I saw Ace in the Hole. He is best known for his long run as the sympatheic sheriff on Bonanza. In Ace in the Hole, he plays also plays a sheriff, but this sheriff is crooked, opportunistic and pretty much only cares about being re-elected. It's a real meaty role for Mr. Teal. And I ain't votin' for him for sheriff! 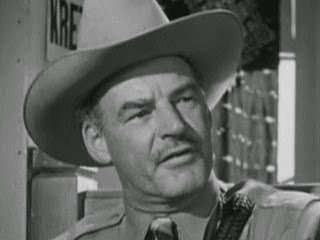 Posted by 1001: A Film Odyssey is produced, directed and written by Chris, a librarian. at 8:33 AM