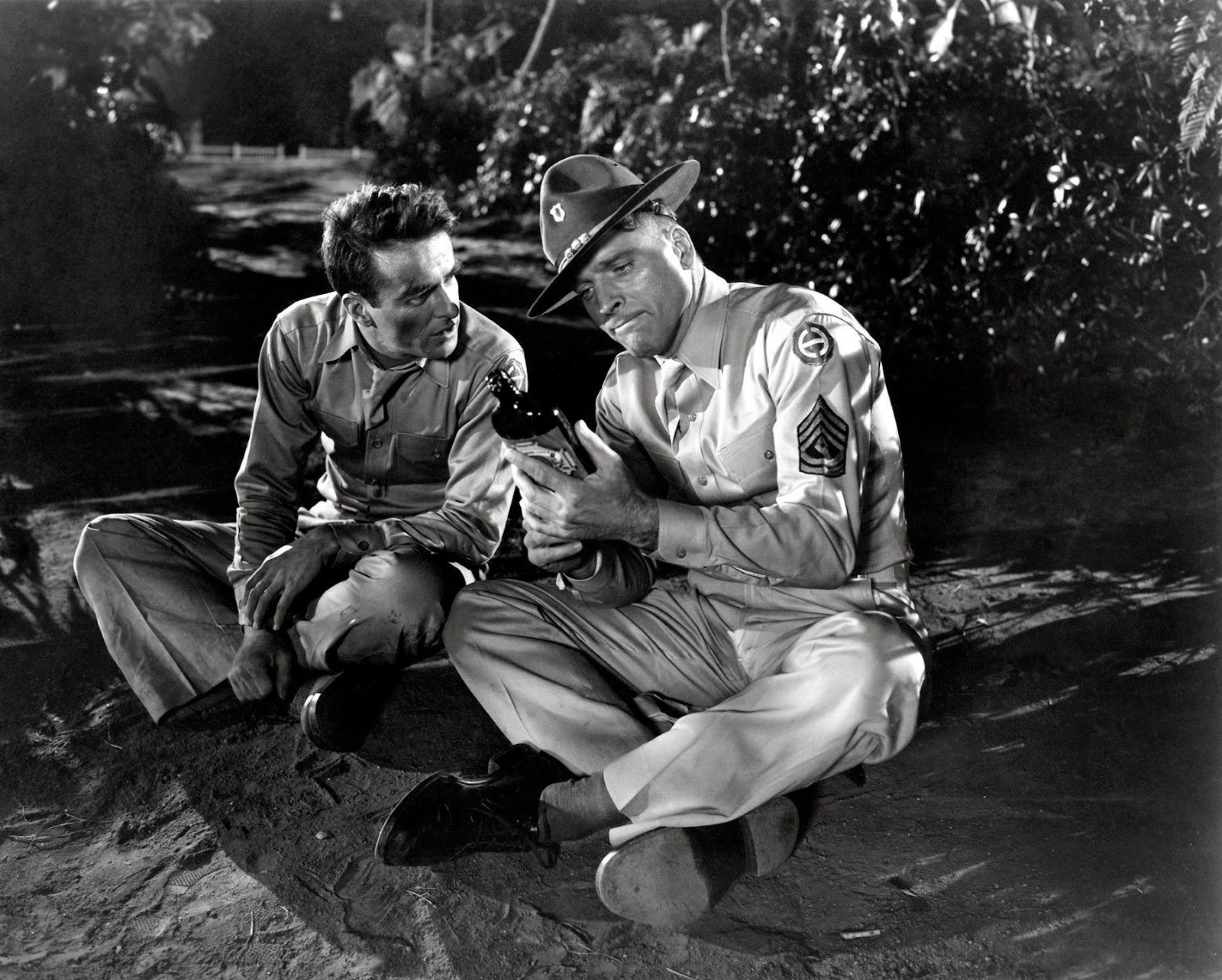 The good: From Here to Eternity boasts a fine all-star cast headed by Burt Lancaster and Montgomery Clift. It won several Oscars including Best Picture of 1953. The bombing of Pearl Harbor finale holds up well. Began to tip the iceberg for American films to deal with more adult themes. When Lancaster and Deborah Kerr kiss on the beach as the waves roll over them has proven to be one of the most famous scenes in movie history.The black and white photography during the daytime scenes is impressive.

The not-so-good: The story line is basically a military soap opera. The music is overdone, often swelling to overly dramatic proportion. The classic beach scene is undercut by Deborah Kerr's line "I never knew it could be like this." And the bombing scene occurs awfully late in the movie. And those adult themes don't go very far past the tip of the iceberg, for example, Donna Reed's role as a prostitute is toned down to the point that she is hardly recognizable as what she's supposed to be. And Private Prewitt's death scene is just plain strange.

And the Elisha Cook Jr. supporting player award goes to…Ernest Borgnine. Donna Reed and Frank Sinatra took home the supporting actor Oscars for From Here to Eternity, but how about Ernest Borgnine as the vicious heavy Fatso Judson? This was really Borgnine's first major role and he plays the vicious son-of-a bitch to the hilt. Borgnine's career was interesting in that he played supporting villains on and off for the next half century, but also occasionally had starring roles, including his sympathetic Oscar winning role as Marty in 1955. He also starred in the successful sitcom McHale's Navy in the 60's and  off course did the voiceover as Merman in Sponge Bob after the turn of the century! A career that truly ran the gamut! 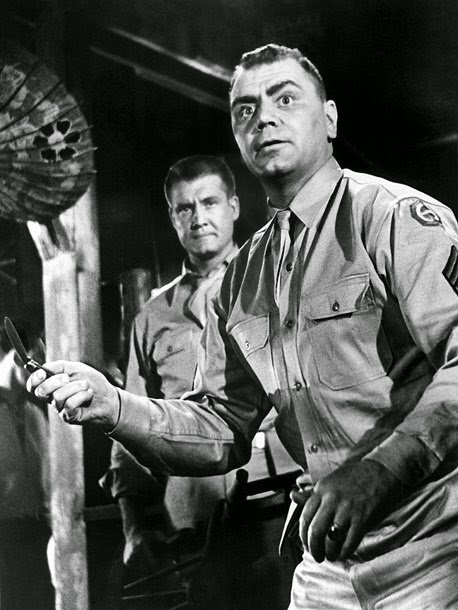 Posted by 1001: A Film Odyssey is produced, directed and written by Chris, a librarian. at 6:15 PM