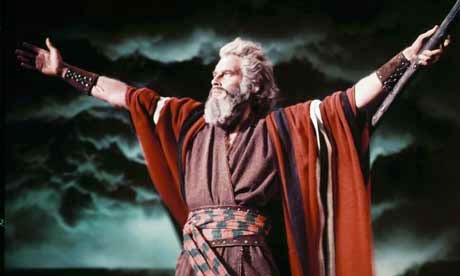 In the beginning...there was Cecil B. Demille! At the beginning of narrative cinema, that is. DeMille's films date all the way back to 1914 and The Squaw Man! Known for such silent epics as the original Ten Commandments and King of Kings, Demille not only made a successful transition to sound movies (unlike his contemporary D. W. Griffith), he became one of the biggest directors of the golden age of Hollywood with epics like Cleopatra and Samson and Delilah. His most famous (as well as his last) film is his 1956 remake of his own silent movie, which is an unabashedly unapologetic biblical epic. Great sets, great detail, great cast led by Charlton Heston and Yul Brynner and you still gotta like the special effect of the parting of the Red Sea. Demille is certainly not remembered as a directorial auteur, in fact The Ten Commandments is the only Demille movie in the 1001 Films You Must See Before You Die book. His biographer Katherine Orrison calls the film "an anti-film noir"-what you see if what you get. But I do agree that if you're going to see just one Demille film, this would be the one to see.

And the Elisha Cook Jr. supporting player award goes to…Edward G. Robinson. The unfortunate thing about Robinson in this movie is Billy Crystal's lampooning of Edward's performance in a comedy routine where Crystal speaks in an exaggerated gangster voice, "Moses? Moses? Where's your Moses now?" It's pretty funny and Demille biographer Katherine Orrison even mentions Crystal's routine on The Ten Commandments commentary track! But if you can overlook the fact that Eddie G played Little Caesar and a lot of other gangsters, he actually does a pretty good job as the scheming and opportunistic Dathan in The Ten Commandments. 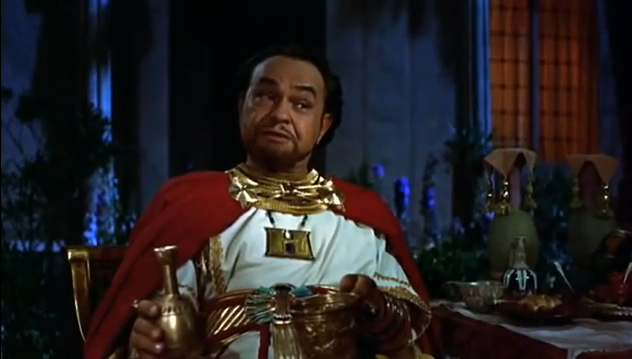 Posted by 1001: A Film Odyssey is produced, directed and written by Chris, a librarian. at 8:42 PM