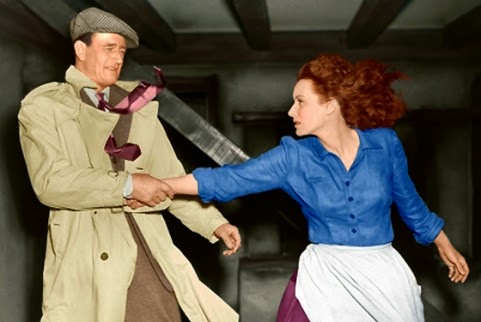 The Quiet Man was John Ford's dream project about Ireland and features John Wayne as American Sean Thornton, who goes to the old country to claim his family farm. He meets a wide array of quirky characters and falls in love with the woman named Mary Kate from the neighboring farm played by Maureen O'Hara. Her main obstacle to being with Sean is getting the approval of her difficult older brother Will Danaher.

The landscape of the movie is the real star here, but it also proves an offbeat role for John Wayne as the former boxer who has his reasons to be reluctant to fight and win Mary Kate's respect. The story also benefits by Ford's reliable and solid supporting cast including Ward Bond and Barry Fitzgerald.

And the Elisha Cook Jr. supporting player award goes to…Victor McLaglen as Will Danaher. Veteran actor McLaglen steals the picture during most of the scenes that he's in. He's difficult, obnoxious and unreasonable, but somehow difficult not to to like. His frustration and slow burns to difficult situations probably are comic high points of the film.  The fight at the end between Wayne and McLaglen also makes for a rousing finale. 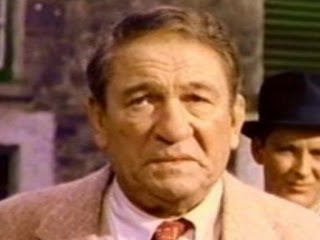