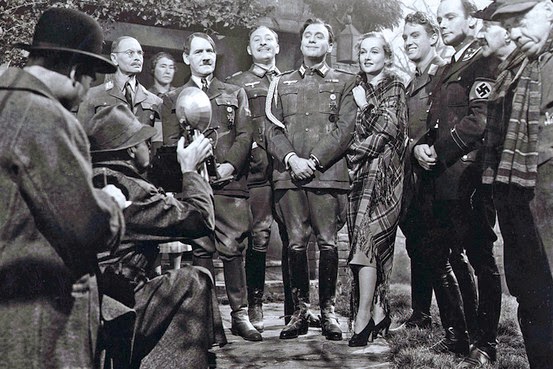 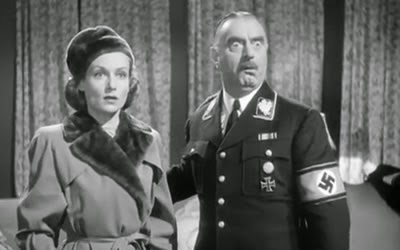 And the Elisha Cook Jr. supporting player award goes to...Sig Ruman. German born Ruman played a great comic foil in many films, including the classics A Night at the Opera, A Day at the Races, Ninotchka and Stalag 17. In To Be or Not to Be, Sig is a Nazi that just can't seem to get his facts right and despite his best efforts always seems to be duped. A couple of his scenes with Benny are real classics. His Colonel Erhardt seems like it may have been used a model for the incompetent Colonel Klink in the 60's TV show Hogan's Heroes.
Posted by 1001: A Film Odyssey is produced, directed and written by Chris, a librarian. at 1:47 AM