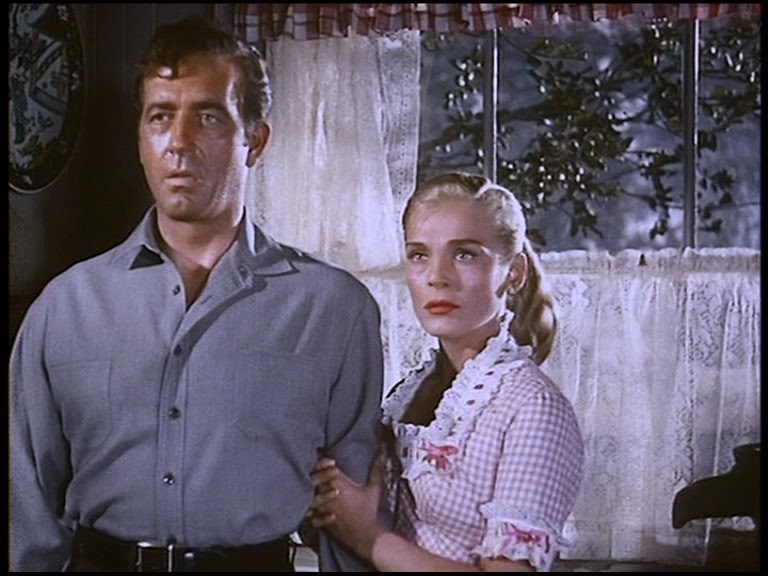 When I saw this 1001 listing for an eighty-one minute, Allan Dwan directed, RKO Western featuring John Payne (Payne, not Wayne), I thought it was an interesting choice for inclusion in the 1001 book. The plot revolves around a man who has become well respected in his community only to have a U. S. Marshall come to town to arrest him for murder on his wedding day. Certainly one of the interesting aspects of Silver Lode is figuring out who is going to stand beside him and who is going to turn on him. The plot is simple, but it is a pretty good drama and has some interesting insights into human nature and how easy it is to develop a mob mentality. McCarthyism anyone?


And the Elisha Cook Jr. supporting player award goes to..Dan Duryea. Winchester '73, Scarlett Street, Silver Lode...Dan Duryea really was gifted at playing a slimeball. When he comes to town posing as a U. S. Marshall, we know he's up to no good, but he somehow manages to snooker the town-at least for a little while. His is easily my favorite performance in the movie.

I'd also like to give credit to two supporting character legacies playing Duryea's "deputies": Alan Hale Jr.(Later the Skipper on Gilligan's Island) and Harry Carey Jr. (whose movie career lasted over a half century). 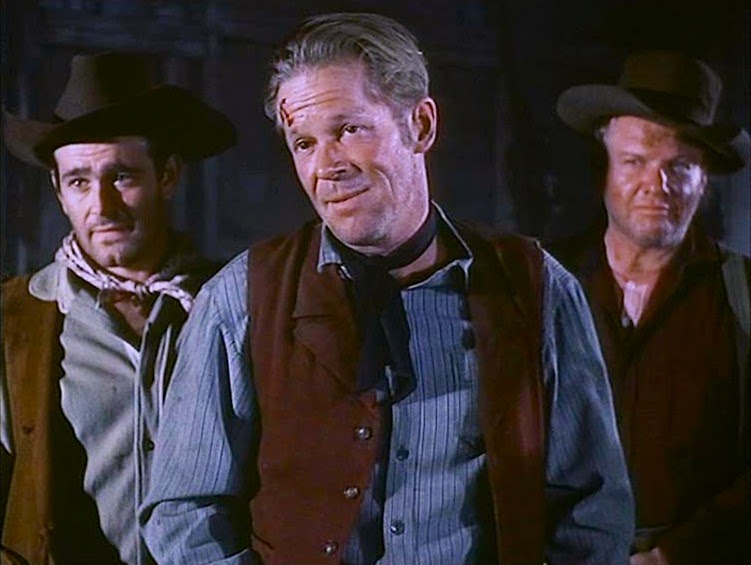 Posted by 1001: A Film Odyssey is produced, directed and written by Chris, a librarian. at 8:25 PM