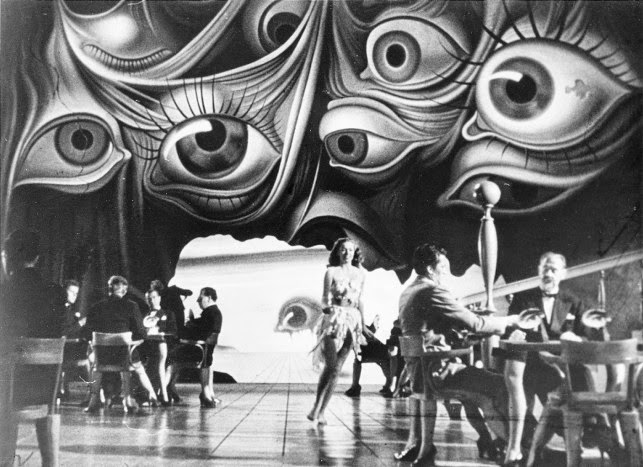 Spellbound is a movie that has its moments, but doesn't go down as one of my favorite Hitchcock films. The story of an amnesiac who might have committed a murder isn't bad, but the resolutions coming from his dreams aren't particularly convincing. I don't think if I dreamed about three seven of clubs playing cards that it would logically add up to me thinking about the ritzy Twenty-One Club, but I could be wrong. The highlight of the film has to be the elaborate Salvador Dali backdrops to the patient's dreams. It's also interesting to see Gregory Peck and Ingrid Bergman teamed up, but as I said, there are better Hitchcock films out there.

And the Elisha Cook Jr. supporting player award goes to..Leo G. Carroll. A Hitchcock regular, Leo always seemed to pop up as an urbane professional in such films such as Rebecca, North by Northwest and as the head psychiatrist in Spellbound. An exception to this type of casting I saw recently was Carroll as the houseboy Joseph in Wuthering Heights.

Carroll later went on to play Cosmo Topper in the television series Topper and was the head of the spy agency in The Man from U.N.C.L.E. He also served as a verse in the song Science Fiction Double Feature from The Rocky Horror Picture Show...I know Leo G. Carroll was over a barrel when Tarantula took to the hills... 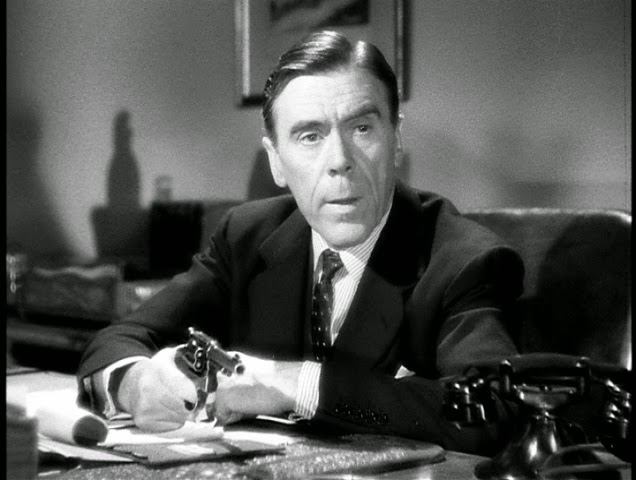 Posted by 1001: A Film Odyssey is produced, directed and written by Chris, a librarian. at 1:54 AM