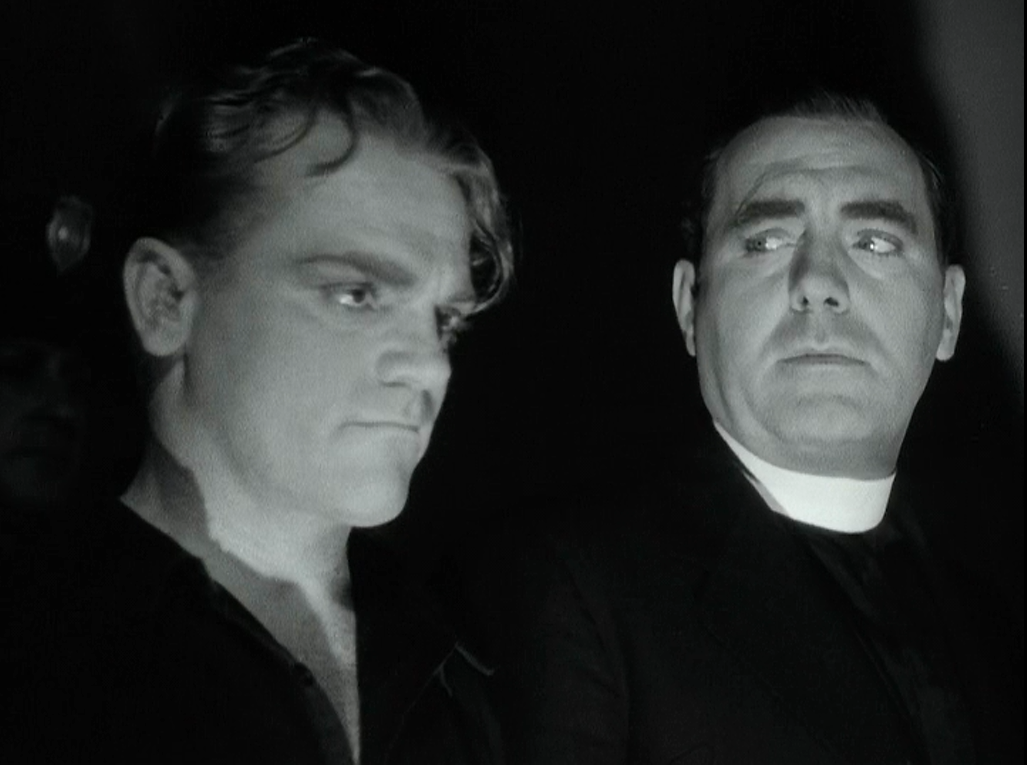 A movie I haven't seen since I was a kid, but the plot is pretty much the same as I remember it.
Rocky and Jerry are two childhood friends. One becomes a hardened criminal and one goes straight and becomes a priest. The Neighborhood toughs, who Jerry tries to set on the straight and narrow, come to practically worship Rocky. When Rocky gets caught after after a memorable shootout with the police, he is sentenced to die in the electric chair. Jerry tries to persuade Rocky to  act cowardly as he goes to the chair so the kids won't look at him as a hero, but he refuses...That is until the last second, when Rocky does what Jerry asks and screams and cries right before his execution. A tear falls out of Jerry's eye and says a prayer as the switch is pulled. He visits the neighborhood kids and tells them that Rocky did indeed act cowardly at the end.

A simple plot, but very well done. The setting of the boys tough neighborhood in the opening shot is impressive and detailed. The movie also gives James Cagney one of his signature tough guy roles. Pat O'Brien has a less showy role as Jerry, but does well enough. And the shot of Rocky screaming before going to the electric chair shown only is shadow is still quite moving and effective.

And the Elisha Cook Jr. supporting player award goes to..Humphrey Bogart. It's still funny to see Bogart during his supporting actor apprenticeship at Warner Brothers. He's an evil heel in this movie, and it's just a matter of time before he's gets his in the end. It is interesting to trace the evolution of Bogart's stardom, form these supporting roles to High Sierra to The Maltese Falcon to Casablanca and a series of heroic roles until he returned to bad guy form in The Treasure of the Sierra Madre.

Honorable mention supporting players in Angels with Dirty Faces include: George Bancroft (also of Stagecoach and Mr. Deeds Goes to Town), Ann Sheridan (the underrated Warner's 40's leading lady) and The Dead End Kids as the neighborhood punks, who went on to star in many movies of their own as The Bowery Boys.