The obvious similarities between Some Came Running and From Here to Eternity are that both films star Frank Sinatra and both are based on books by James Jones. They both have more than a few elements of soap opera in the story. But I do like Some Came Running, mostly because it seems to be so much a creature of its time. It's a story that wants to get deep into its plot of adultery, alcoholism and a little bit of teen rebellion thrown in, but due to the standards still in place at the time, the story can only go so far. I didn't mind that too much. I liked the teaming up of Sinatra and Dean Martin here and this is generally acknowledged as their best film together. The young Shirley MacLaine's sympathetic floozy also scores some points. The multi-layered plot doesn't tie up as many of the loose ends as I might have liked, but there you have it.


And the Elisha Cook Jr. supporting player award goes to..Arthur Kennedy. Five-time Oscar nominee (and never a winner) Kennedy was a reliable supporting actor during Hollywood's golden age, even scoring a Best Actor nomination in a lead role for Bright Victory, a film I saw many moons ago. But generally speaking, his roles were of the supporting variety. In Some Came Running, he plays the returning soldier's older brother who is the responsible one in the family, but has a load of problems of his own including: keeping up his banking business, maintaining his place in his community, dealing with a coming of age daughter and tolerating his really bitchy wife. When he becomes involved late in the film with his pretty secretary, I for one can't blame him. 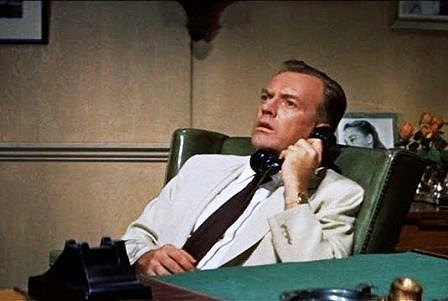