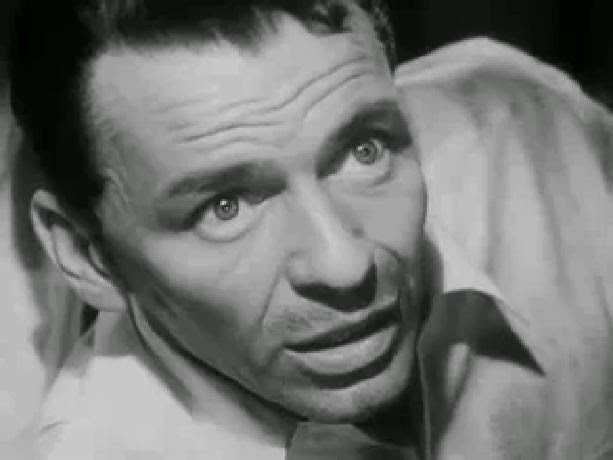 The timing of this film about a junkie trying to go straight is interesting. It would have been impossible to get a film with this subject matter made just a few years before. Yet the fact that they still can't do things like refer to heroin by name, makes the film seem a little antiquated by modern standards. I still think it's a tough little film that did break new ground. It also had those great opening credits by Saul Bass. And Sinatra? I'm a bigger fan of Sinatra the singer than Sinatra the actor, but he probably has his best dramatic role here (At least that I've seen).

And the Elisha Cook Jr. supporting player award goes to…Arnold Stang. Nerdy little Arnold Stang seemed born to be a second banana and provides some well needed laughs to this rather grim film. I know him best as the voice from one of my favorite childhood cartoons, Top Cat. 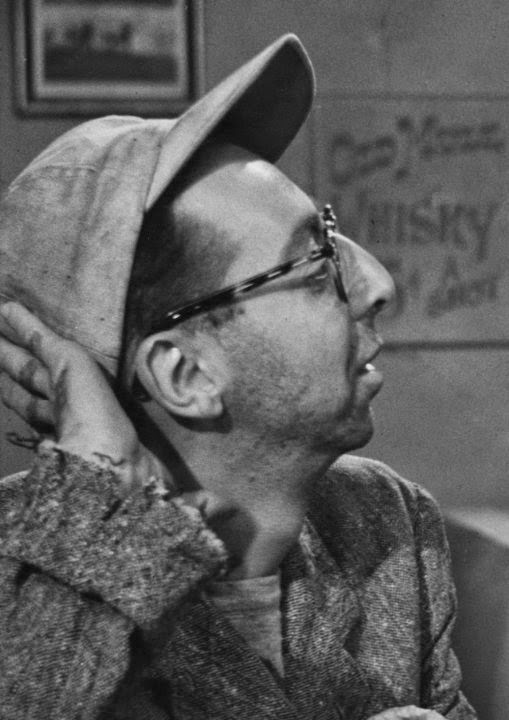 Posted by 1001: A Film Odyssey is produced, directed and written by Chris, a librarian. at 8:34 AM