Some great ones to choose from this year.

And the nominees on the entries from every edition of 1001 Movie You Must See Before You Die are...
Orpheus
The Ashphalt Jungle
Rashomon
Winchester '73
Rio Grande
All About Eve
Sunset Boulevard
Los Olvidados
In a Lonely Place 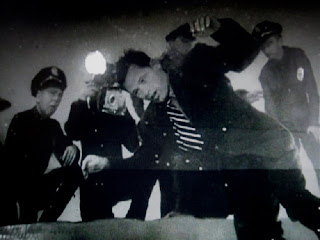 Sunset Boulevard is the story of the over-the-hill movie the star Norma Desmond (Gloria Swanson) and her kept young man (William Holden) is part film noir, part Hollywood tell-all, part horror movie sprinkled with just a dash of camp. Wilder and Charles Brackett's screenplay is smart and sharp and the casting of the three leads (Erich Von Stoehim being the third) is perfect.

I admit that this film does make me think of the Carol Burnett skits that featured Burnett (as Norma) and Harvey Korman (as Max). Some may also think of Glenn Close's turn as Norma on Broadway in the musical version of the story. Or might make you think of a drag queen performing as Norma Desmond at a night club near you.

Regardless, Sunset Boulevard in its original form is a must see for any movie buff.

The actual Academy winner All About Eve, The Asphalt Jungle and In a Lonely Place might have been my choice if they had come out in different years. Oh, well. 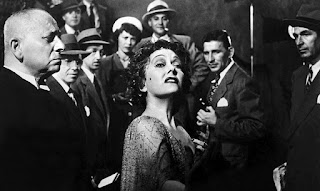 And the Award for Unique and Artistic Picture of 1950 is...Rashomon 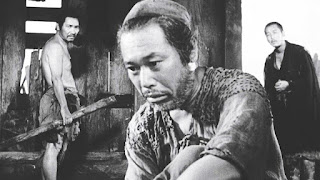 After that first time I watched The Seven Samurai, I felt compelled to watch other Kurosawa movies and thought Rashomon was a good place to continue. Rashomon is a film whose very title has become a part of our language when a situation arises that involves competing and contradictory points of view. The presentation of this drama with its four (maybe five) stories really is food for thought about how we perceive things. If anyone asks me where to start with Kurosawa movies, I'd probably recommend Rashomon first before jumping into The Seven Samurai. 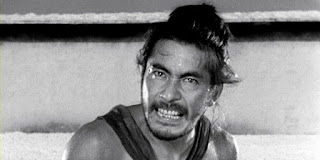 Rashomon
Posted by 1001: A Film Odyssey is produced, directed and written by Chris, a librarian. at 11:26 AM