And the nominees on the entries from every edition of 1001 Movie You Must See Before You Die are...
The Quiet Man
Forbidden Games
Angel Face
Singin' in the Rain
Ikiru
Europa '51
The Bad and the Beautiful
The Big Sky
High Noon
Umberto D
The Golden Coach 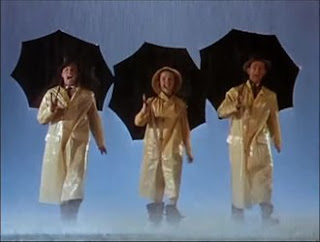 This most famous of musicals is a pretty interesting piece to see after just seeing the recent Oscar-winning film The Artist cover similar terrain.

The plot of Singin' in the Rain involves two silent movie stars who have trouble adjusting to the new "talking" picture phenomenon. It's funniest moments involve either Jean Hagen and her grating voice or Gene Kelly's sidekick Donald O'Connor.

Kelly's mammoth Broadway Melody number is memorable,though his waterlogged rendition of the title song is such a part of movie lore it overshadows virutally everything else. However, I still am giving this the nod over worthwhile contenders The Bad and the Beautiful and High Noon. 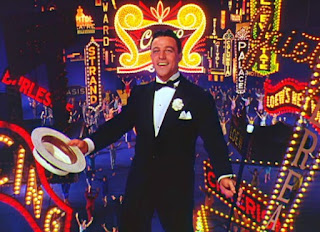 And the Award for Unique and Artistic Picture of 1952 is...Ikiru 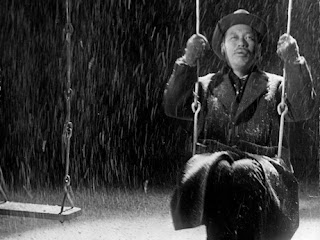 Ikiru is a story that seems to look better the older you get. The plot involves a by-the-book office manager who finds out he has only a few months to live and decides to do something meaningful with his life. It doesn't sound all that exciting by the description, but it is in an emotionally charged and inspirational film if you are in the right mood for it. The unusual storytelling order with the last half of the movie being told in flashback is another effective touch. 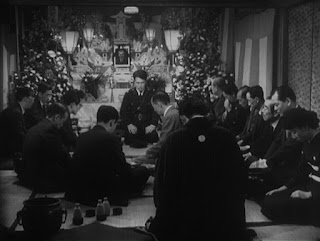 Ikiru
Posted by 1001: A Film Odyssey is produced, directed and written by Chris, a librarian. at 8:30 AM