This year features the Sight and Sound polls most recent choice for Best Picture of all-time!

And the nominees on the entries from every edition of 1001 Movie You Must See Before You Die for 1958 are...
Man of the West
Touch of Evil
Cairo Station
Gigi
The Defiant Ones
Vertigo
Ashes and Diamonds
Horror of Dracula
My Uncle
The Music Room
Some Came Running
Dracula

And the winner for the Best Picture of 1958 is…Vertigo

Note: The most recent edition of the ten year Sight and Sound poll lists Vertigo as the greatest film of all time, supplanting Citizen Kane in the number one spot for the first time in fifty years, so I'm guessing any Vertigo plot holes didn't bother the Sight and Sound panel. 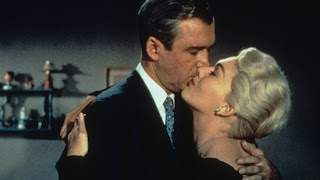 And the Award for Unique and Artistic Picture of 1958 is...Touch of Evil 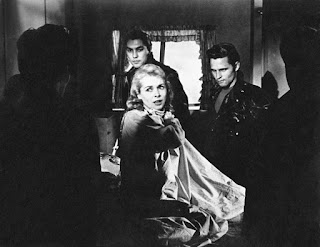 A Touch of Evil is Orson Welles's later film noir set on the U. S. Mexico boarder. There may be some plot points of this film that are a little sketchy, but the overall impact of the film is so strong and involving, I didn't care. And the long shot opening scene is classic. 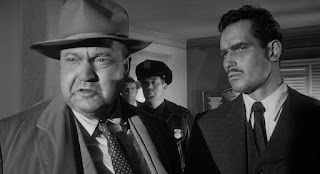 Touch of Evil
Posted by 1001: A Film Odyssey is produced, directed and written by Chris, a librarian. at 3:42 AM