I really had to bypass some great movies for this year (Throne of Blood, 12 Angry Men, Paths of Glory, The Cranes Are Flying). 1957 seems like a most underrated movie year!

And the nominees on the entries from every edition of 1001 Movie You Must See Before You Die are...
12 Angry Men
The Seventh Seal
An Affair to Remember
Wild Strawberries
The Nights of Cabiria
Throne of Blood
The Incredible Shrinking Man
Gunfight at the O. K. Corral
The Bridge on the River Kwai
Mother India
The Cranes Are Flying
Paths of Glory
Sweet Smell of Success 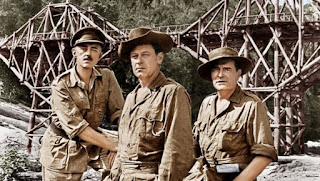 I could try to list reasons why you should see it, but I really don’t want others to make the same mistake that I made and procrastinate for years and say “I just don’t feel like watching a three-hour 1950’s war film."

I hope you will now enjoy this film as much as I did. 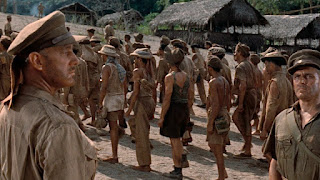 And the Award for Unique and Artistic Picture of 1939 is...The Seventh Seal 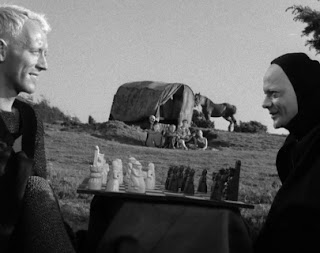 The Seventh Seal is Ingmar Bergman at his most Bergmanesque. Since he is certainly on the short list of my favorite directors, I really I had to include this film about war, love, religion and, of course, death. Some also may not realize that Bergman films always have a dark sense of humor to them as well. So break out your chess board, form a conga line and let's have some fun! 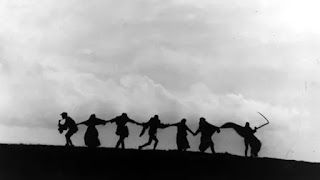 The Seventh Seal
Posted by 1001: A Film Odyssey is produced, directed and written by Chris, a librarian. at 11:29 AM