THE SHOP ON MAIN STREET (1965, CZECHOSLOVOKIA) 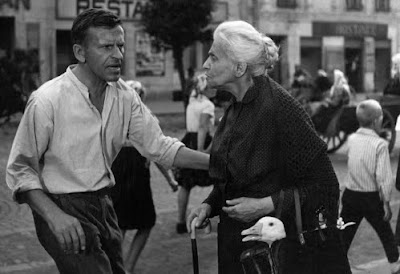 Since this is my eighteenth blog post in eighteen days, I’m a little tired and will just recount some of the original critical reception to this film:

“A Stunning Picture by any critical standard”
Bosley Crother, New York Times (Maybe the most influential American critic of his era)

“Masterful. One of the Great Films of Our Time”
William Wolf, Cue Magazine (I reckon Cue was a pretty important film magazine in its day.)

Brilliant and Extraordinary”
Judith Crist, New York Herald Review (If Crist gave a film a positive review during the 60’s and 70’s, her praise was usually the first critical review to go on the marquee. I was on the phone with Judith Crist on a talk show during the 70’s but got cut off, so never did find out what she thought of Monty Python and the Holy Grail.

Guess I could throw in that it one the Best Foreign Film Academy Award in 1965.

Since I agree with Mr. Winsten and Mr. Crother and don’t want to write a full review, I’ll just embellish their blurbs.

“Archer Winsten said it’s a rare mixture of comedy and tragedy and Bosley Crother found it stunning and I’m in agreement.”
Chris, a librarian
www.1001afilmodyssey.blogspot.com
Posted by 1001: A Film Odyssey is produced, directed and written by Chris, a librarian. at 11:18 AM