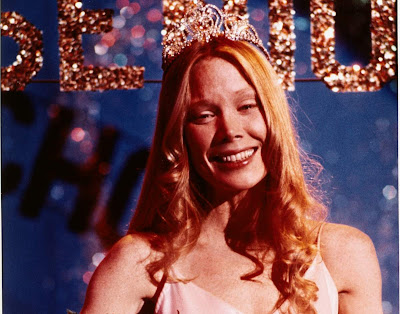 Brian DePalma’s version of the Stephen King story of a telekinetic girl who takes revenge on her tormenters at the school prom is interesting in that if she didn’t have these powers, the movie could have lapsed into what may have amounted to one of those dreary romances like Ice Castles.* But one does have to get through the buildup of the story in the first half to get to the payoff of the prom scene where everything goes…let’s just say not as planned.

And I still can’t picture anyone but Sissy Spacek as Carrie.

Battle of the great 70’s hairstyles: Nancy Allen vs. William Katt. I'll give it to Mr. Katt just because his hair is justso damn humongous! Howvever, as far as the locker room scene goes, Ms. Allen has no competition. 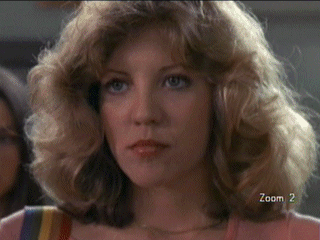 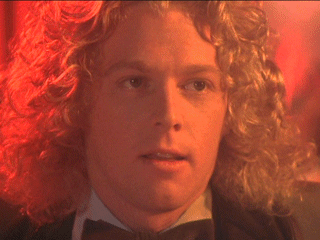 P. J. Soles: And I must acknowledge the first in a series of important screen appearances of my former girlfriend Ms. P. J. Soles.**

*I haven’t actually seen Ice Castles, I do know it’s about some blind ice skater who trains for the Olympics and they find out she’s blind or something and…no, that’s not right. She's deaf, dumb and blind and wants to join the Jamaican bobsleding team...no that's not right either. Anyway, my wife keeps telling me I should see it. She also pointed out the similarity of the scores from Ice Castles and Carrie for which she gets a point, though I’m subtracting a point because she didn’t know who Marvin Hamlish was.

*I’ve just got a cease and desist order from Ms. Soles attorney for me to quit calling her my ex-girl friend on this blog...Some people just have no sense of whimsy. 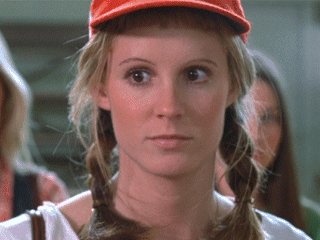 Posted by 1001: A Film Odyssey is produced, directed and written by Chris, a librarian. at 3:16 PM