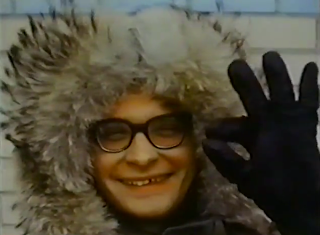 
Hold Me While I'm Naked

1. What happens?
A filmmaker is making a movie and seems quite content with his finished product. However, some of his cast memembers are not so happy. One of his actresses thinks that he is filming her without clothes too much and quits. The filmmaker goes home and takes a shower before his mother makes him lunch.

2. Was it heavy? Did it achieve total heaviosity?
There was some heaviness to it, though I didn't have much trouble lifting it.

3. What was your favorite part?
(Tie) Naked blonde in the shower
or
Filmmaker's mother cooks him lunch

4. What was your least favorite part?
Felt sorry that a bird died.

6. Might the viewing experience have been enhanced from either prescription or non-prescription medication of some kind?
Possibly, though the jury is still out on that one.

8. What about the violence?
Nothing other than the bird dying.

10. Would you watch it again?
I watched it again already. And you may think it was just because of the boob shots in the shower, but I was really just trying to get more meaning out of it...I'm serious!
Posted by 1001: A Film Odyssey is produced, directed and written by Chris, a librarian. at 8:08 AM