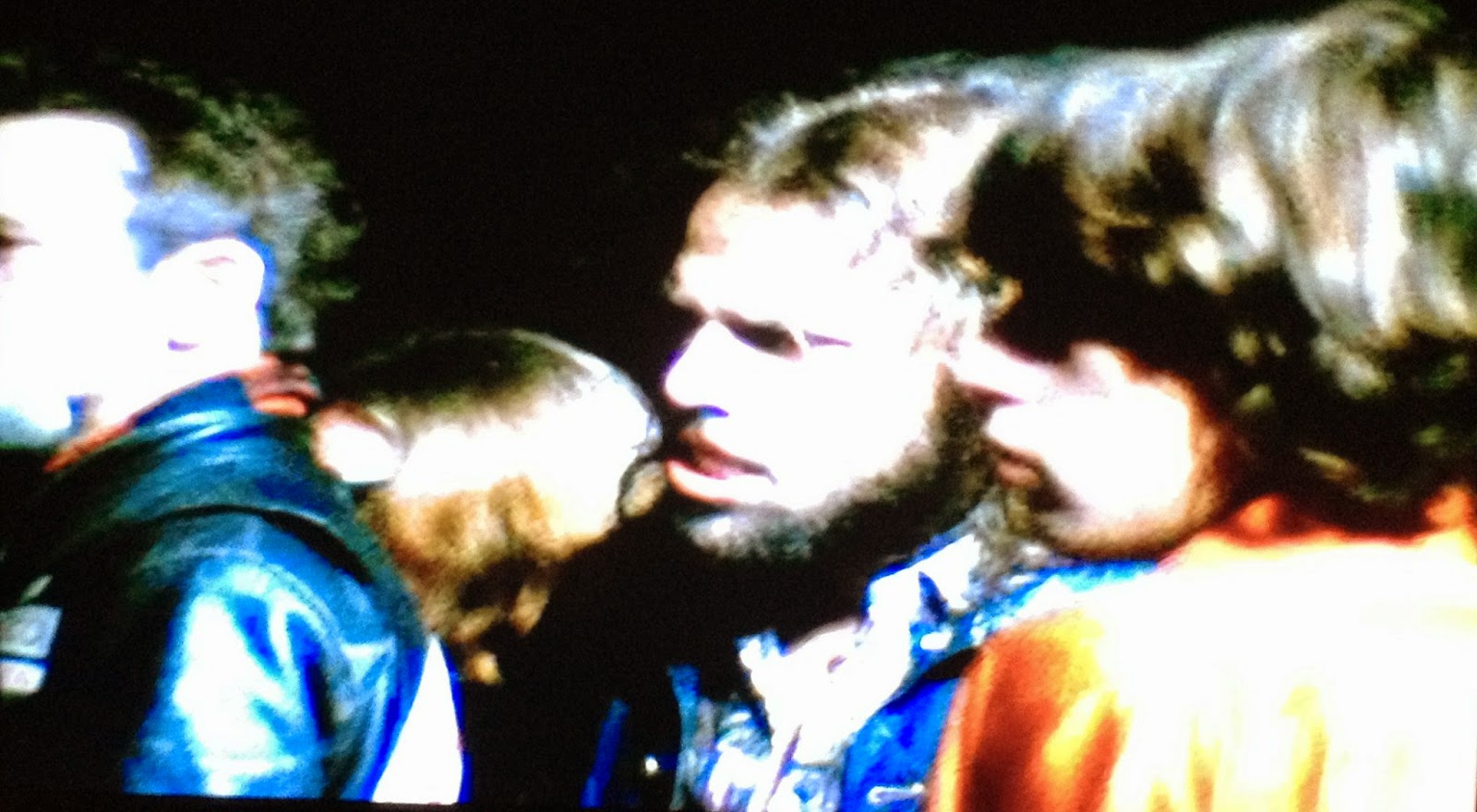 Plot synopsis: Documentary on the free 1969 Altamont rock concert that quickly turns from an unforgettable night of music to a night remembered chiefly for its violence.

Gram Parsons: "Please stop hurting each other man! You don't have to."

Paul Kantner: "Hey, man, I'd like to mention that the Hells Angels just smashed Marty Balin in the face, and knocked him out for a bit. I'd like to thank you for that."

Grace Slick: "You got to keep your bodies off each other unless you intend love"

Mick Jagger: Hey, hey people. Brothers and Sisters.come on now. That means everybody just cool out!"

Hell's Angel Sonny Cutler: I didn't go there to police nothing man. I ain't never gonna pretend to be a cop. And this Mick Jagger put it all on the Angels, man. Like, he used us for dupes, man. And as far as I'm concerned, we were the biggest suckers for that idiot that I can ever see."


Iconic 60's shot: Mick Jagger performing next to the ominous presence of members of the Hell's Angels motorcycle gang.

Sex: Some in the crowd at Altamont decided to shed all there clothes and inhibitions, but my vote in this category goes to Tina Turner's sensuous performance of I've Been Loving You Too Long.

Drugs: Hashish...L.S.D...Psilocybin...or whatever else you may want. 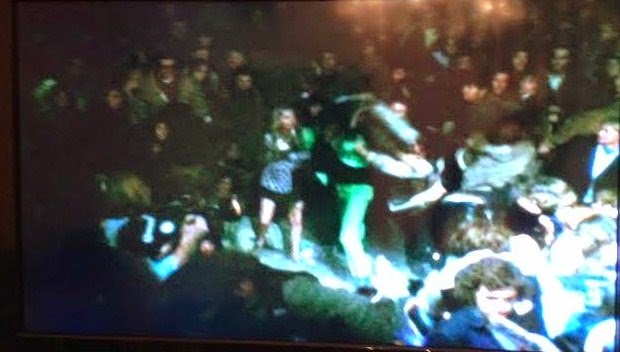