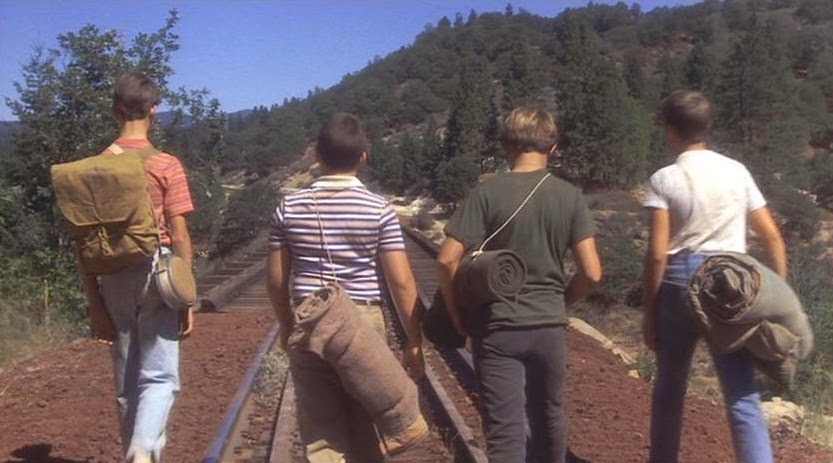 I was twelve going on thirteen when I first saw a dead human being. It happened in 1960, a long time ago...although sometimes it doesn't seem that long to me. Especially on the nights I wake up from dreams where the hail falls from my eyes.-Stephen King, The Body

Stephen King states in his afterward of the four novellas from his Different Seasons collection that his publisher was a bit troubled that the stories that lay within its covers weren't about haunted hotels, possessed prom queens or demonic dogs. They were character studies, two of which were later made into successful movies that are well thought of enough to be included in the 1001 movie book.

The Body became Rob Reiner's Stand by Me, a coming of age story set in 1959 about a group of four kids who know where the body of a dead boy is and set off on foot to try to find it. There are some changes from book to movie as there always needs to be, but the core of King's story is intact and this continues to be a beloved film by many. And you got to love the pie eating scene. 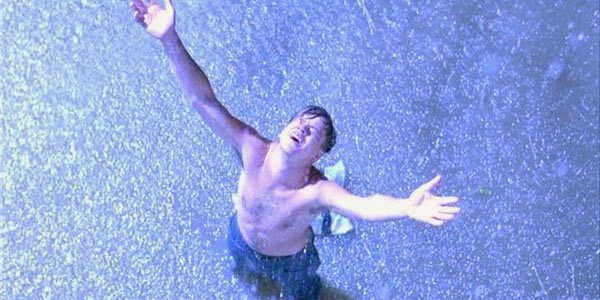 Five hundred yards. The length of five football fields. Just shy of half a mile. He crawled that distance, maybe with one of those small Penlites in his hand, maybe with nothing but a couple of books of matches. He crawled through foulness that I either can't imagine or don't want to imagine. -Stephen King, Rita Hayworth and Shawshank Redemption

A movie that has become even more revered is The Shawshank Redemption. This film was only moderately successful when released, but quickly became a movie so acclaimed that it soon became (and is currently) the number one rated movie on the IMDB top 250 list. Shawshank is a prison picture in setting only. It is really about injustice, friendship, survival, renewal, transformation, and salvation. Frank Darabont's adaptation of King's story is a prime example of how to keep the original voice of the author in a screenplay while still making needed cinematic alterations.

Get busy living or get busy dying. 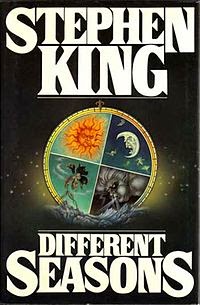 Afterward: My favorite of the four King stories is actually Apt Pupil, a character study of a former Nazi war criminal who gets involved with a middle schooler who may even be more twisted that he is.