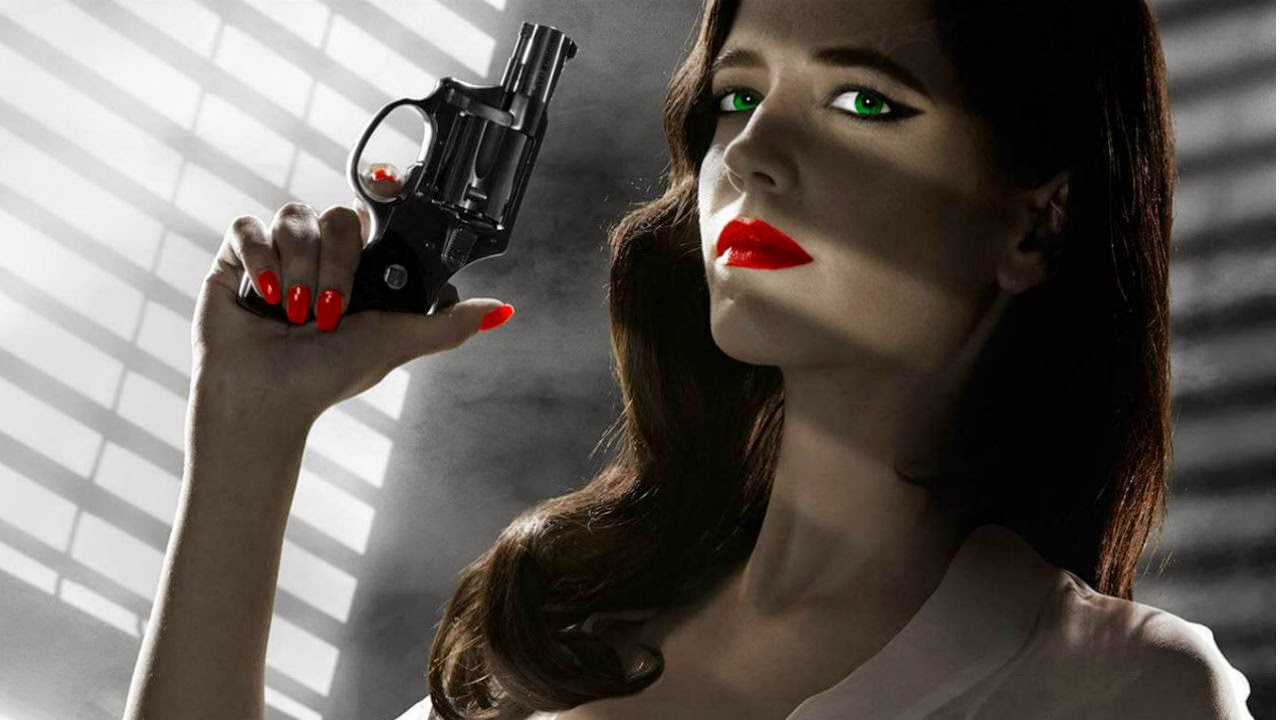 9 Years Later, Sin is Still In

After over 9 years of waiting, fans of Sin City have reason to rejoice; the sequel is almost here (August 22nd to be exact). The neo-noir crime thriller by dynamic duo Frank Miller and Robert Rodriguez is a cult favorite among fans of the genre and broke the mold of what the new era of digital filmmaking could be. It may be nearly a decade later, but Sin City: A Dame to Kill For promises to be just as visually stunning, gritty, and fantastic as the first. For those who are a little rusty (or simply haven’t seen) the first Sin City, it’s absolutely necessary you rewatch the first to keep all the characters and storylines fresh in your head, and luckily you can stream it online or view it on demand through providers like Direct TV.
For fans of the original, it’s certainly about time for the second film, especially when you consider the fact that Rodriguez confirmed a sequel back in May of 2005. Frank Miller, author of the graphic novels the films are based on, even stated that he was writing the screenplay back in 2006 and that he expected production to begin in 2007. However, we all know how Hollywood works, and clashes with the power producer Weinstein Brothers regarding the script and casting held the film up for years. In addition, managing to get the schedules of all the actors the sequel required took extra planning and coercing.
The sequel retains a few stars from the first film, including Jessica Alba, Rosario Dawson, Carla Gugino, Jamie King, Bruce Willis, and Mickey Rourke. They’ve also added newcomers like Eva Green, Juno Temple, Joseph-Gordon Levitt, Josh Brolin, Ray Liotta, Christopher Meloni, Jeremy Piven, and even landed a cameo from Lady Gaga as a waitress named Bertha. There are also a few character swaps, notably Dennis Haysbert taking up the role of Manute, originally played in the first by the late Michael Clarke Duncan. Jeremy Piven will be taking Michael Madsen’s role as Bob, Josh Brolin takes over for Clive Owen and will be playing a pre-plastic surgery Dwight, and due to a pregnancy Devon Aoki had to drop out as Miho, who will now be played by Jamie Chung.
As far as the new additions go, there isn’t an actress out there with the old school, screen siren look favored by Rodriguez and Miller quite as stunning as the French bombshell (and former Bond girl) Eva Green. Her character, specifically, has been responsible for a lot of buzz around the film, especially after the trailer featuring her was banned by ABC and deemed too steamy for the general public, and a nearly nude film poster resulted in the MPAA getting in a huff.
For her part, Green is featured heavily in the first part of the film, which, like the first, is broken down into four sub-plots; “A Dame to Kill For”, “Just Another Saturday Night”, “The Long Bad Night”, and “The Fat Loss.” The first and third sub-plots appear to be those featuring the new characters, mainly Johnny (Gordon-Levitt), Senator Roark (Powers Boothe), Dwight McCarthy (Brolin), and Ava Lord (Green). The other two sub plots revolve around Nancy, Marc, and Hartigan.
Of course, the films wouldn’t be what they are without the incredibly cinematography and digital techniques used. The first Sin City was filmed almost entirely on green screens, and Rodriguez and Miller kept that technique for the sequel as well. They also decided to film in 3-D (as opposed to creating it post production) meaning all the blood, gore, and glorious violence will be more present than ever. In all, the project promises to be a must see for fans of the original, those who are new to the franchise, or those simply ready for a night of sin.
Red Band Trailer: https://www.youtube.com/watch?v=jDW3r-yIKHU
Posted by 1001: A Film Odyssey is produced, directed and written by Chris, a librarian. at 10:28 AM