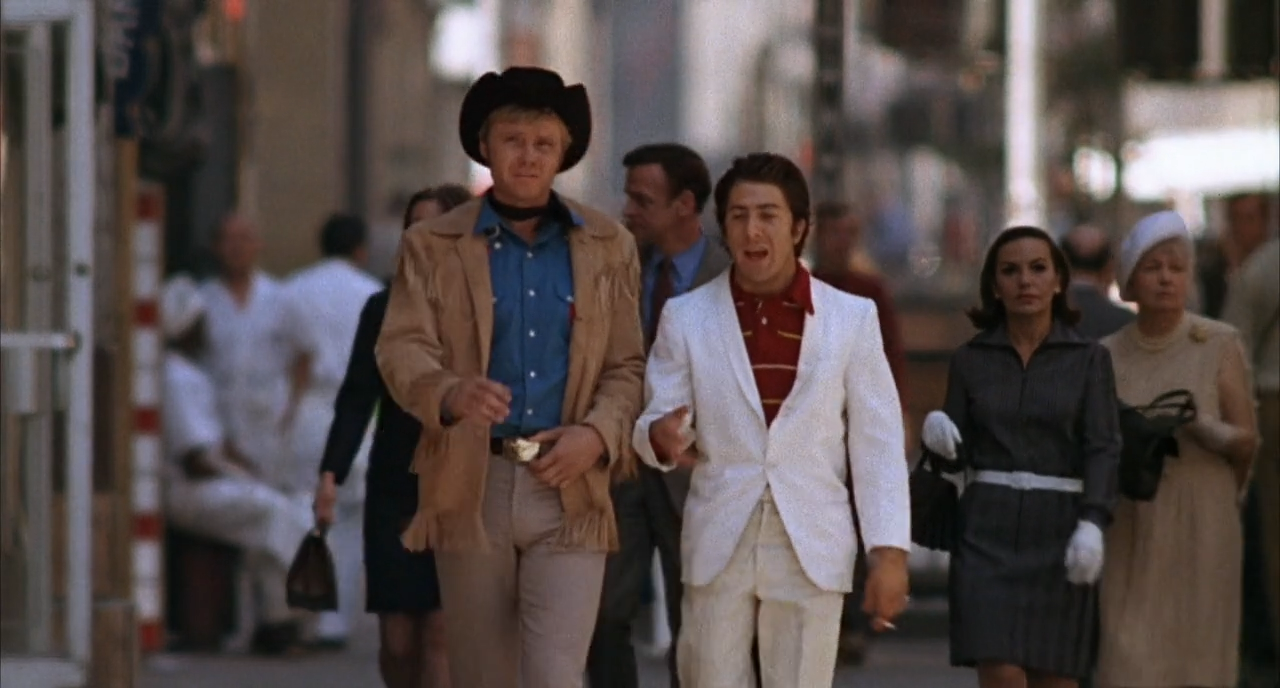 Plot synopsis: .Texan Joe Buck moves to New York City to become a street hustler where he teams up with a street wise loner named Ratso in the first adult film ever to win the Best Picture Oscar.

It's a 60's kind of quote: Joe Buck's confession, "Hell, the only thing I ever been any good for is lovin!"

Iconic 60's shot: Nothing more than the cowboy Joe Buck and the street rat Ratso ambling down the streets of New York.

Sex: Well, Joe Buck is all about the sex, even when he isn't successful at it. With the exception of his encounter with Shirley who he meets at a hippy dippy trendy drug party, he seems to have an awful lot of problems getting money out of women or men he encounters.

Drugs: The hippy dippy love party that Joe and Ratso attend even includes Warhol regulars such as Viva and Paul Morrissey. Lots of drugs here. Most notable when Joe doesn't want to let go of a passed joint that he thinks is a cigarette. Look out Joe! That can lead to impotence!

Rock and Roll: The theme song "Everbody's Talkin'" by Harry Nilsson as well as a very early musical selection from one of my rock and roll heroes, Warren Zevon! 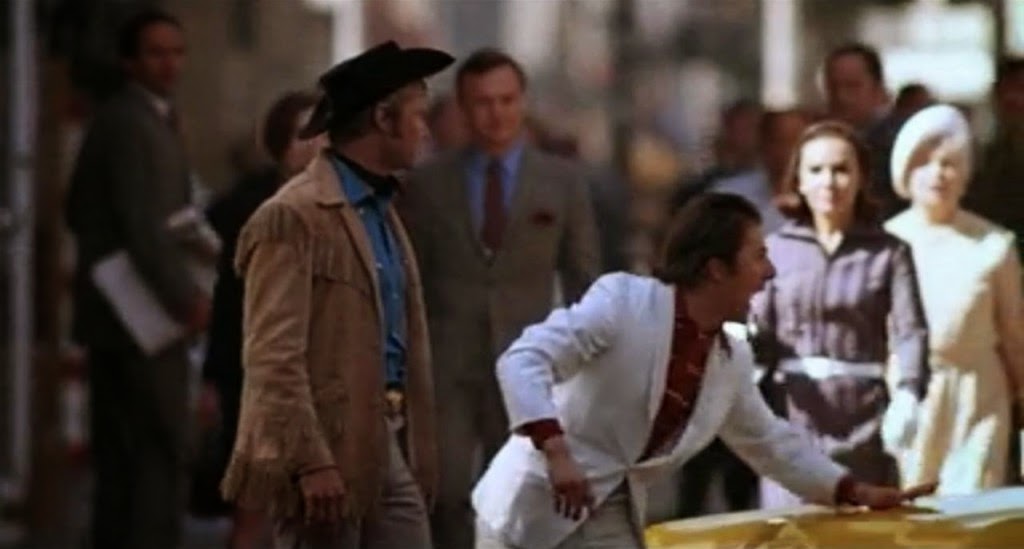 Posted by 1001: A Film Odyssey is produced, directed and written by Chris, a librarian. at 8:50 AM