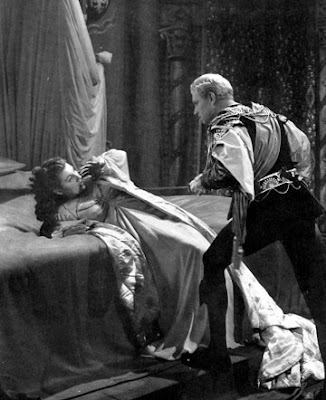 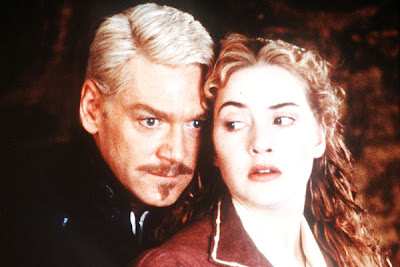 I do have a bone to pick with the 1001 Movie list. I know they are trying to “not give automatic preference-free passes as it were to self-consciously quality productions or high cinematic art,” but other than the Kurosawa adaptations of Shakespeare, the only 1001 listings for the bards adaptations are Orson Welles’s Chimes at Midnight and Olivier’s Henry V. That’s it! So we’re supposed to accept that Pretty Woman is essential viewing and no version of Hamlet is quite good enough to make the cut? Oh! Something is indeed rotten in the state of Denmark and time is most definitely out of joint!

Hamlet was the first Classics Revisited book group that I held. Before I read it, I watched several film versions. My favorite is the Kenneth Branagh Hamlet, which films the entire play at about four hours. Others still revere Olivier’s award winning 1948 adaptation, though much of the story is heavily edited. It may be of interest to watch the BBC version just to see Derek Jacobi (Claudius from Branagh’s Hamlet) as the Dane and Patrick Stewart as Claudius. The Franco Zeffielli/Mel Gibson version is worth viewing, though wasn’t my favorite. You may also want to see the odd modern day Ethan Hawke Hamlet which at least gives us Bill Murray as Polonius and Steve Zahn as Rosencrantz (or does he play Guildenstern?).

Movie or Play? That’s simple. See a movie version. Read the play. And see it performed in live theater. Be in a version if you have the resources. It’s Hamlet! Do it ! Just do it!
And while you’re at it, watch Series 1 of Slings and Arrows.

Alas poor Yorick! I knew him Horatio, a fellow of infinite jest,
of most excellent fancy, he hath borne me on his back a thousand times-
and now how abhorred in my imagination it is! 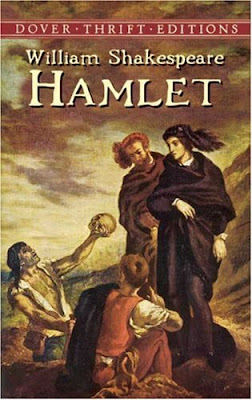 Posted by 1001: A Film Odyssey is produced, directed and written by Chris, a librarian. at 9:35 AM