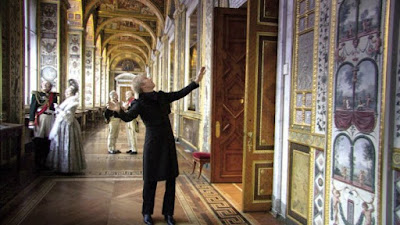 I am sure that if I grew up in Russia I would have read Pushkin’s epic poem and perhaps learned much of its verses by heart. But I didn’t and I had a lot of trouble just getting through the English translation by Charles Johnston. I did watch a film version of Eugene Onegin with Ralph Fiennes (not on the 1001 movie list) that I found more palatable than the original source.

I also viewed a most unusual film called Russian Ark (on the 1001 list in some editions) in which the entire movie is filmed in one take, while moving through the Hermitage art museum in St. Petersberg. It attempts to tie recent Russian history together along the way, including a cameo by Alexander Pushkin himself. The one take narrative is more than a stunt, it makes the movie quite captivating, though it should come with a warning label to young filmmakers to not try this at home.

Defintely a vote for the movie. If seeing Russian Ark makes you fall in love with Russian history, then pick up a copy of Eugene Onegin and have a ball, though I doubt if I’ll be joining you anytime soon. 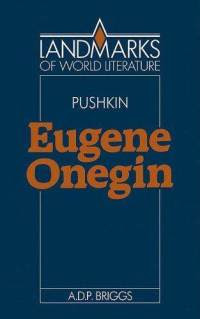 Posted by 1001: A Film Odyssey is produced, directed and written by Chris, a librarian. at 9:44 AM