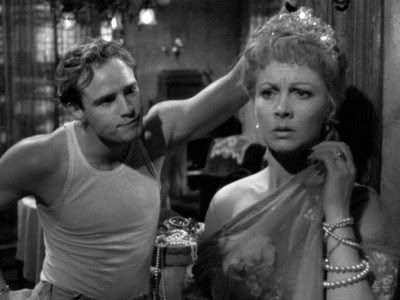 The thing about comparing a movie to the text of the play is that the play is written to be performed and watched over being read. I would certainly do both with A Streetcar Named Desire, but regardless, the original movie does have much going for it. The strength of Tennessee’s story, the New Orleans setting brought to life by director Elia Kazan and the great cast led by Vivien Leigh and Marlon Brando all make this required viewing.

There were a couple of censorship issues that the movie couldn’t deal with adequately. I’m speaking primarily of Blanche Du Bois (Vivien Leigh) confessing to Mick (Karl Malden) that her ex-husband was a homosexual. Since she couldn’t say it this way, the script changes the confession to say that he was a …poet. What was that, again?

Another censorship issue that actually works to the films advantage is the rape scene, which is symbolized by a crashing mirror. The audience doesn’t see exactly what happens and this makes the drama and horror of it more effective. 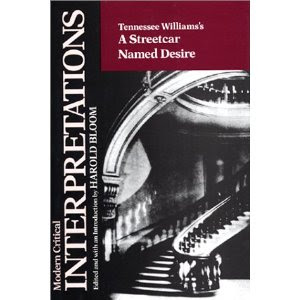 Posted by 1001: A Film Odyssey is produced, directed and written by Chris, a librarian. at 9:47 AM