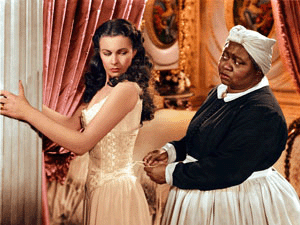 First of all, I like the movie Gone With the Wind. I’m from Atlanta and it’s practically a law that I like Gone With the Wind, as I certainly don’t wish to be accused of being a Yankee sympathizer. But over the years, I could never bring myself to read the book (1,100 pages or so) until I chose it for my book group.

Book or movie? After reading Ms. Mitchell’s book, I found I liked it more than I thought I would. I know it gets poo pooed on as being taken as serious literature, but I did find the details of the story captivating most of the time. So I will go with the book this time.

Gone With the Wind Book vs. Movie

In the book, Scarlett has a boy named Wade Hampton Hamilton by her first husband, Charles and a girl called Ella Lorena by her second husband, Frank Kennedy. She has no children by these men in the movie.

In the book, it was Honey Wilkes who was in love with Charles Hamilton, not India. India's beau was Stuart Tarleton.

In the movie, Melanie is the first to give up her wedding ring "for the cause" at the Atlanta Bazaar. In the novel, Scarlet donates her ring first.

In the movie, when Ashley returns from the war, Mammy restrains Scarlett from running to greet him. Will Benteen restrains her in the novel.

In the novel, it is long after Scarlett marries Frank that her father Gerald dies. Will Benteen explains to her how it happened, and it is an interesting story - also much different than the movie - involving Scarlett's sister Suellen.

In the novel, while Will does fall in love with Careen, they do not marry. Careen never gets over the death of her only love, Brent Tarleton. It is Ashley who almost goes to work in a bank in New York before Scarlett asks him to manage her lumber mill. Will does get married in the book... to Scarlett's other sister, Suellen! Careen eventually enters a convent in Charleston.

Archie is another character from the book who, like Will, doesn't make it to the movie. Scarlett hires him to drive her around Atlanta, which he does until she hires the convicts for her lumber mill. Since he was a former convict, he quits. Archie turns up later, discovering Ashley embracing Scarlett at the mill, another episode that is different in the movie.

In the movie, at the sewing party, Melanie reads aloud from David Copperfield In the novel, she reads from Les Miserables.

In the movie, Bonnie is afraid of the dark, but it is never explained why. In the novel, we learn Mammy was afraid Bonnie would hurt herself so she told Bonnie there were "ghosts and buggerboos" in the dark

Gone With the Wind Literary Criticism

We have had other novels about the Civil War by women. But I don’t know of any other in which the interest is so consistently centered, not upon the armies and the battles, the flags and the famous names, but upon, that other world of women who heard the storm, waited it out, succumbed to it or rebuilt after it, according to their natures.
-Stephen Vincent Benet, “Georgia Marches Through,” Saturday Review Magazine,
July 4, 1936.

She writes with a splendid recklessness, blundering into big scenes that a more experienced novelist would hesitate to handle for fear of being compared unfavorably with Dickens or Dostoevsky.
-Malcolm Cowley, “Going With the Wind,” New Republic, September 16, 1936.

Margaret Mitchell is a gifted storyteller. She can create characters to set tongues wagging, she can swing a plot and make it crackle, she has the courage of patient endeavor, she is a “natural” if there ever was one.
-Holmes Alexander, “Holmes Alexander to the Defense. Gone With the Wind,” Saturday Review of Literature, January 8, 1938.

Gone With the Wind may be one of the few books, from the 20th century that the great mass of readers will assure of survival into the next age. It would not be the first time that the people had made a “classic” in despite of the critics and the academicians.
-Edward P. J. Corbett, “Gone With the Wind Revisited,” America, August 24, 1957.

It dramatically demonstrates, as The Aeneid did before it, that you cannot destroy a traditional society simply by destroying its machinery. The strength of such a society does not lie ultimately, in outward forms or institutions but rather in the knowledge carried to the heart, the intangibles by which it lives.
-Robert Y. Drake, “Tara Twenty Years After,” The Georgia Review, Summer 1958.

Reading the book now is a burden, the hopelessly bad outweighing the honestly good. Gone With the Wind is much too long…and a great many readers of the book and viewers of the film persistently and legitimately complained about the second half.
-James Boatwright, “Totin’ the Weery Load,” New Republic, September 1, 1973.

To me it seems that Margaret Mitchell wanted to write a success, a bildungsroman about a woman who was successful in breaking away from the life of self-effacement her mother had lived, in working counter to the existing patriarchal system as she matures from a young frivolous girl to a twenty-eight-year-old serious minded woman.
-Dawson Gaillard, “Gone With the Wind As Bildungsroman; or why did Rhett Butler Really Leave Scarlett O’ Hara?” Georgia Review, 1974.

As fiction, it achieves the child’s impossible desire for everything, and if it gratifies us, it also makes us ashamed of our childishness, ashamed of enjoying a novel that is not great, only compelling and indelible, only uniquely and universally popular.
-Blanche H. Gelfant, “Gone With the Wind and the Impossibilities of Fiction.” Southern Literary Journal, Fall, 1980.

Schefeski postulates that Tolstoy would have approved of Gone With the Wind because both authors shared a belief in simplicity and infectiveness as the most essential criteria of artistic work.
-Harold K. Schefeski, “Margaret Mitchell: Gone With the Wind & War and Peace,” Southern Studies, Fall, 1980.

No one more compellingly portrayed the relation between the past and the future of the nation and the South than Mitchell. But, for her, the binding of wounds required a share bourgeois ethic and could ill afford the luxury of mourning a “feudal” past. Under the bourgeois rubric, the nation cold understood as the destiny of the South, and the South as a generalized, rural, rational past. Perhaps it is a final fitting irony that the magnetic care of Mitchell’s vision of a revitalized bourgeois order lay in the unconscious life of a most disorderly girl.
-Elizabeth Fox-Genovese “ Scarlett O’Hara: The Southern Lady as a New Woman.” American Quarterly, Fall, 1981. 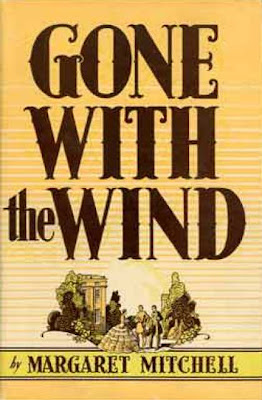 Posted by 1001: A Film Odyssey is produced, directed and written by Chris, a librarian. at 9:37 AM