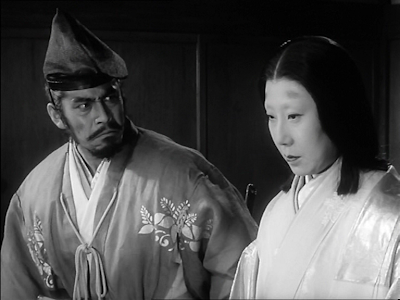 Since 2005, I have led a book discussion group at our library in the hope that it would give me an incentive to read some of the more famous works in literature or revisit (hence the name of the group) works I haven’t read in a long time.

I usually tried to find an accompanying movie to go with the book or play when applicable. Sometimes the movie based on the classic book turned out to be as famous as the original work (To Kill a Mockingbird, Gone With the Wind.) Other times there was no accompanying movie to go along with the original source. (I’m still waiting for movie versions of Ellison’s Invisible Man, Faulkner’s As I Lay Dying and Salinger’s Catcher in the Rye.)

Looking at my list of books read again, I have noticed that many of these movies that sprang out from books are also on the 1001 Movies You Must See Before You Die list, so I’ve decided to grandfather in the ones I’ve seen as well as add some of the also-rans for this blog.

First of all, Kurosawa’s film set in Samurai Japan is not a word for word adaptation of Shakespeare’s Macbeth, though it does follow the story fairly closely. There are certainly other interesting literal film adaptations of the story, including the Roman Polanski version from 1971 or Orson Welles’s 1948 version. The Trevor Nunn Royal Shakespeare company adaptation from the 1970’s with Ian McKellan and Judi Dench may be the best of the bunch. Also, see Series 2 of the Canadian television show Slings and Arrows if you get the chance.

But Throne of Blood or the orignal text? I’ll go with Throne of Blood just because it’s such a great cinematic experience and probably is only second to The Seven Samurai on my favorite Kurosawa movie list. It’s scary, dramatic, intense and if you like action, make sure to check out the film’s final scene.

But you really should read Macbeth, too.

Tomorrow, and tomorrow, and tomorrow.
Creeps in this petty pace from day to day,
To the last syllable of recorded time;
And all our yesterdays have lighted fools
The way to dusty death. Out, out, brief candle!
Die!
Life‘s but a walking shadow, a poor player
That struts and frets his hour upon the stage,
And then is heard no more; it is a tale
Told by an idiot, full of sound and fury,
Signifying nothing. 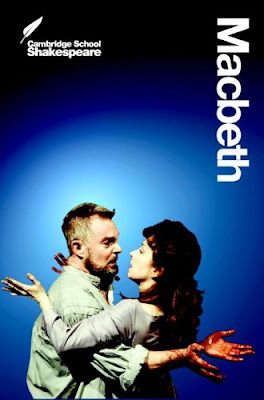 Posted by 1001: A Film Odyssey is produced, directed and written by Chris, a librarian. at 9:31 AM