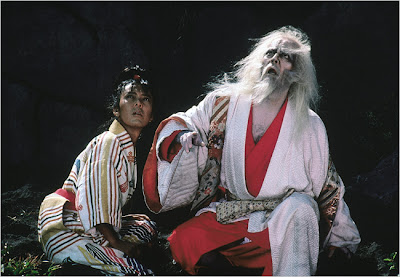 Ran is the second adaptation of Shakespeare by Akira Kurosawa that is also in the 1001 movie book. This version of King Lear is certainly of merit in its own right, though I can’t say I like it quite as much as Kurosawa’s Macbeth adaptation, Throne of Blood. Another very interesting King Lear adaptation is Kozintsev’s 1970 Russian version. Also check out the recent BBC adaptation with Ian McKellan as Lear.

And don’t forget to watch series 3 of the Canadian television show Slings and Arrows.

Play or movie?I’ll go with the original this time over its Japanese counterpart because you really should read King Lear. Why? Because if one ever calls you the following, you may want to know its original source.

A knave; a rascal; an eater of broken meats; a base, proud, shallow, beggarly, three-suited, hundred-pound, filthy, worsted-stocking knave; a lily-livered, action-taking knave, a whoreson, glass-gazing, super-serviceable finical rogue;
One-trunk-inheritingslave; one that wouldst be a bawd, in way of good service, and art nothing but the composition of a knave, beggar, coward, pandar, and the son and heir of a mongrel bitch: one whom I will beat into clamorous whining,
If thou deniest the least syllable of thy addition. 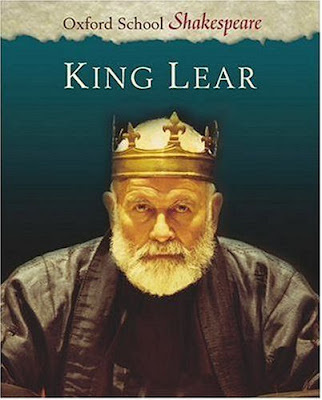 Posted by 1001: A Film Odyssey is produced, directed and written by Chris, a librarian. at 9:33 AM