THE LIFE AND DEATH OF COLONEL BLIMP (1943, GREAT BRITAIN)


The Life and Death of Colonel Blimp 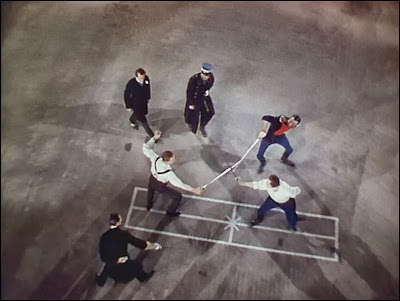 Powell and Pressburger's involving and epic story of forty years of a soldier's life is told mostly in flashback and though it took me awhile to catch up with the story, I eventually did.

But how British is it? Well, you don't get more British than the by-the-book Colonel Blimp. Colonel Blimp's stand that England won the first World War while fighting clean and within the rules (unlike those evil Germans!) made me think about the British stiff upper lip and all that sort of thing. Of course, his fair fighting might not work as well for World War II. This is 1943 after all, we don't know how this World War sequel thing is going to end. But war starts at midnight, eh?

Posted by 1001: A Film Odyssey is produced, directed and written by Chris, a librarian. at 5:46 AM