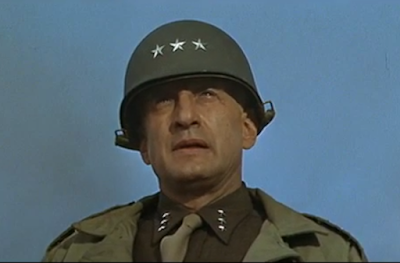 It was interesting to hear Francis Ford Coppola's take on his writing of the script for Patton. He wrote the script several years before the movie ever saw the light of day. He was criticized by the studios for the opening sequence with Patton in front of an American flag for addressing the troops mostly because the powers that be thought it was confusing and no way to start a movie. When the movie was finally made, Edmond North added accurate historical information to the story and the movie was made with Planet of the Apes director Franklin Schaffner at the helm. George C. Scott was cast as the general and the movie became an enormous hit which one several Academy Awards including a screenwriting Oscar for Coppola and North.

And that rejected opening scene is probably the most famous part of the movie.

Love the General or hate him, Patton was and still is a film that's hard to ignore.


Certainly fitting that Electric Light Orchestra front man Jeff Lynn should get a cut on the soundtrack. ELO is still one of my favorite 70's bands (or orchestras) with hits like Do Ya and Don't Bring Me Down. Jeff teamed up a lot with Beatles George Harrison throughout the 80's and beyond, including the formation of The Traveling Wilburys with George, Bob Dylan, Tom Petty and Roy Orbison. If you're scoring at home, Jeff's Lynne's alter-ego was Otis Wilbury.

Jeff contributes versions of With a Little Help from My Friends and Nowhere Man on the soundtrack.
https://www.youtube.com/watch?v=00e4LUgaKHM

Musical renaissance man Richard "Ricardo" Cocciante gives us a passionate rendition of Michelle for the soundtrack. The fact that Michelle uses two languages is no sweat for this multi-lingual performer, who also performs in Spanish and Italian during his concerts. 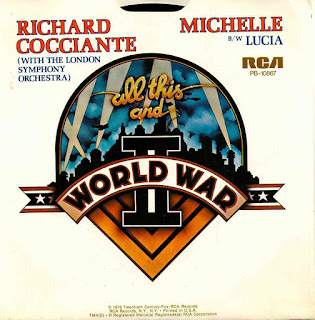 Lynsey De Paul was a bit of a renaissance woman in her own right. She was not only a performer of hits like Sugar Me, but she also wrote songs and musicals for others to perform. I know her best for the theme song to the 70's BBC show No, Honestly. I saw two episodes of this program and remember nothing about the show itself, but Lynsey's catchy theme song has stuck in my head for forty years!

She was also romantically linked to a lot of well know men, including Mr. Ringo Starr (below). 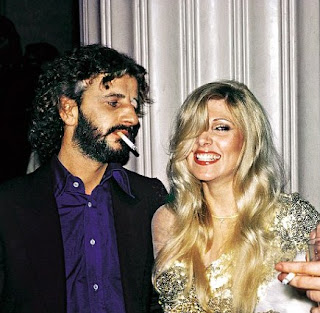