The Sorrow and the Pity is a documentary about the French occupation by Germany during the war. It was filmed in 1969, which made it close enough to the events where you can still get some first person testimony from those who lived through it. It is often illuminating and has a most interesting cast of real life characters, including resistance fighters, regular French citizens who had to live under the Nazis and even some insights from some former Nazis!

This has been one that I've always thought I needed to see but never got around to until now. It is also the film within a film that Woody Allen sees multiple times throughout Annie Hall.

Status Quo had only one hit on the American charts, which was Pictures of Matchstick Men in 1967. A one-hit wonder, right? Wrong! They had over 60 charted hits in the UK, more than any other rock group.
Why didn't they make it bigger in the U. S.? What I've listened to them, I've liked. Go figure.

According to the album below, Frankie Laine was America's No. 1 song stylist at the point this album came out in the 50's. He may be best known for his recording of Rawhide, played every week on the long running show and in reruns ever after. He also showed his cheeky side by his spirited performance of the opening song to Mel Brooks' Blazing Saddles. He brings this same humorous bravado to Maxwell's Silver Hammer on the All This and World War II soundtrack. 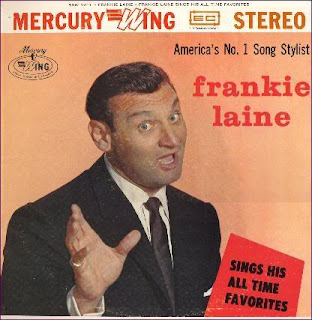 The Brothers Johnson brought their soulful stylings to a handful of hits in the 70's and 80's, the most well known to me is probably Stomp! from 1980. The Brothers bring their funk to Hey Jude on the soundtrack and later did their own version of The Beatles Come Together. And honestly, pictures don't get much funkier than the brother's picture sleeve below. 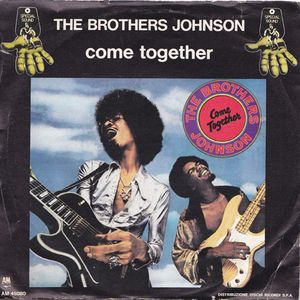