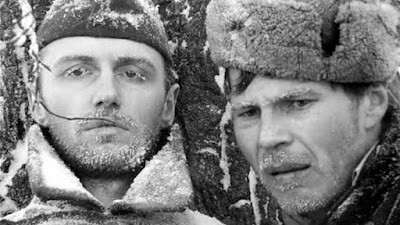 Dramatic and poignant drama about two Russians soldiers captured and tortured by the Nazis for information about their unit. The film looks at definitions of honor, what you are willing to do to save your life and the pain that mankind will inflict on others without blinking an eye. All of this is set using the backdrop of a brutal Russian winter which adds layers to the horrors perpetrated on the screen.

Frankie Valli and The Four Seasons scored many top 10 hits during the early 60's, including Sherry, the #1 song the week I was born. Of course, once the Beatles hit the scene, the Seasons had to give away their chart positions to the Fab Four, but not before they gave the Beatles quite the battle in the collectible Vee Jay album The Beatles vs The Four Seasons! 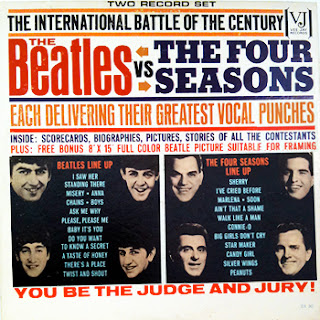 We Can Work it Out
https://www.youtube.com/watch?v=aT3Ee-BwsUo

A Day in the Life
https://www.youtube.com/watch?v=mbHKwynq86o

70's Australian superstar Helen Reddy had a string of hits throughout the 70's including Delta Dawn, Angie Baby and the feminist anthem I Am Woman. Helen lent her distinctive voice to the All This and World War II soundtrack with Fool on the Hill, which in the film is played in the background while we see footage of Hitler.

Fool on the Hill
https://www.youtube.com/watch?v=zqpAlC-tBnc
Posted by 1001: A Film Odyssey is produced, directed and written by Chris, a librarian. at 1:42 PM