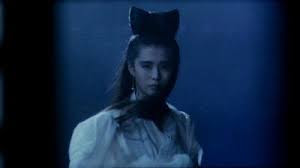 Young roving debt collector goes from town town to collect money, usually unsuccessfully. He spends the night in a temple and meets a beautiful young lady. He falls in love with her, only trouble is she turns out to be a ghost.

A Chinese Ghost Story could be looked at as having a little something for everyone. A rather sweet romance between the two leads, though hampered slightly by the fact that she is a ghost. Lots of fighting scenes, many involving the un-dead are here as well. It's an interestingly shot film with lots of blue background, shadowy images and wind driven special affects that are appropriate to the story. The highlight of the film is probably the final fight scene involving the tree demoness and Yin, the priest. 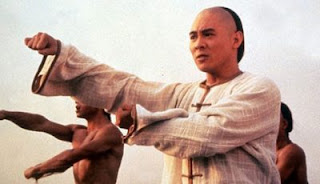 Once Upon a Time in China


There is a lot of impressive fight scenes in Once Upon a Time in China, led by martial-arts legend Jet Li.
Different political factions within China have their conflicts, as well as the outside forces of England and the United States. The plot itself is interesting most of the time, but at times hard to keep up with in the context of all the wall to wall frantic action. The success of this film also led to a slew of sequels: