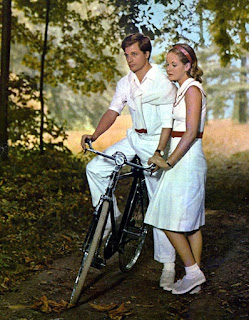 The Garden of the Finzi-Contitis

Vittorio de Sica's The Garden of the Finzi-Contitis shows the slow descent of the lives of some affluent Italian Jews during the coming of Fascism before World War II. They learn that they may not be first on the list, but the oppressors will eventually come for them and even if they do have the ability to hide behind a wall for the time being.

We would like to reach up to the screen and shake them (the family) by the shoulders, even though there's reason to think that they were warned often enough...(They felt) Anti-Semitism,  like bad taste could never hurt them if it were thoroughly avoided.-David Denby, New York Times, January 2, 1972 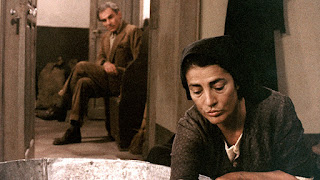 Christ Stopped at Eboli is the story of a doctor who is exiled to a small town. He eventually forms a bit of a bond with some of the citizens there who need his services as a doctor. We see the doctor originally by his situation forced to be an outsider and then how he comes to be needed by the people of the town. He also realizes how his situation is forced by powers out of his control, but manages hints of self determination and individuality despite the limitation put on him by his captors.

This is director Francesco Rosi's masterpiece, and seeing it, in either its two or three and a half hour version, is a cathartic experience, with unforgettable moments. M. Owen Lee, The Best Films of Our Years, 2007 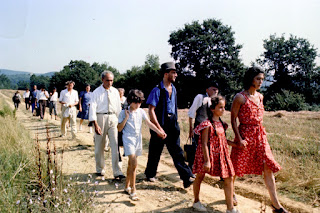 Night of the Shooting Stars

During the last stages of World War II, a group of citizens try to escape a small village and meet up with Allied soldiers. Night of the Shooting Stars is interesting in that by necessity the villagers have to leave their home and seek freedom elsewhere. The village is not the houses and the stores and the church. It's the people.

The full fresco treatment that the directors give to the event of that summer is based on their own wartime experiences as adolescents, and on the accounts of others; it's this teeming, fecund mixture, fermenting in their heads for almost 40 years, that produces the film's giddy, hallucinated realism.-Pauline Kael, 5001 Nights at the Movies, 1985
Posted by 1001: A Film Odyssey is produced, directed and written by Chris, a librarian. at 11:30 AM