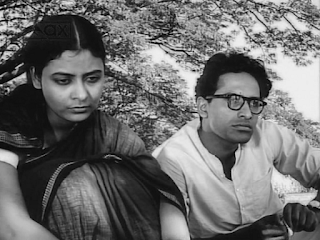 Director Ritwik Ghatak's The Cloud-Capped Star and Subarnarekha are interesting films to watch as a double feature. The first film is one of sacrifice. Nita, the daughter of a poor Bengali refugee family uses her strength to hold her family up. This sacrifice eventually does manage to keep the family going, but at the cost of her dreams, her mind and her health. Her brother is a dreamy artist who seems like a bit of a no-account, so it is interesting that he is the one who does understand what Nita has done for them at the end. 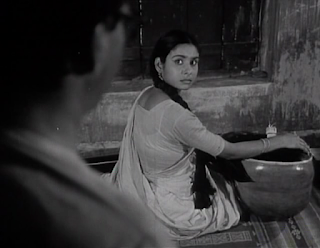 
Subarnarekha is a film I liked even more than The Cloud-Capped Star. It is an intense drama that runs from about the time of the assassination of Gandhi until the early 1960's. This film has a great deal to say about the caste system, refugees, how we treat others, marrying the one you love, pride and honor. There is a scene at the end of the film in a brothel that is one of the most heartbreaking I've ever seen on film.

One of the good things about going through the films in the 1001 book is watching films about different cultures actually made by filmmakers that live in that culture and can bring that unique perspective to it. 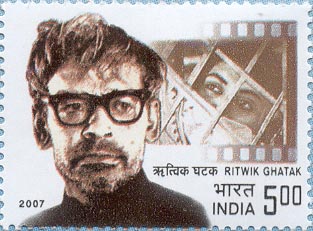 Posted by 1001: A Film Odyssey is produced, directed and written by Chris, a librarian. at 8:30 AM