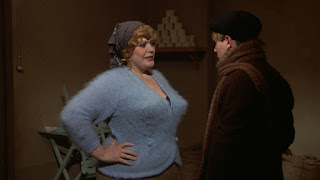 Amarcord's resident tobacconist about to give an
awkward lesson in love 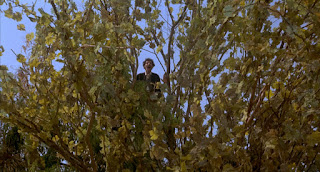 Lovesick Uncle Teo goes up a tree
to declare his needs (Voglio una donna!) to anyone who will listen
in Amarcord 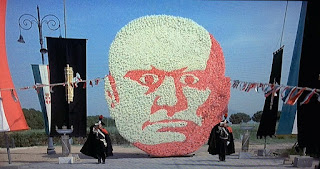 The comical likeness of Mussolini in Amarcord

It has been thirty-four years since I last saw Fellini's Amarcord during a college course in film comedy before watching it today. I don't think of Fellini as a comedy filmmaker, though many of his other films certainly have funny moments. Amarcord is Fellini's nostalgic reminiscence of the Italian village where he grew up. Amarcord has many of Fellini's offbeat characters which he is know for and they are drawn out well. It's a lovely film with many comic highlights as well as some not-so-funny scenes of political oppression. I do have to admit the scene with the teenage boy and the ample-bosomed tobacconist is still my favorite. Crazy Uncle Teo is good for some laughs as well. 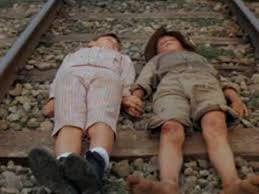 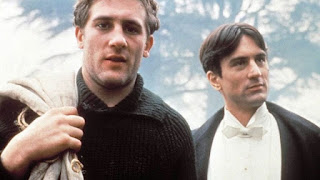 The adult Olmo and Alfredo in 1900 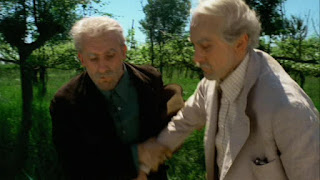 Olmo and Alfredo as grumpy old men
in 1900

Bernardo Bertolucci's 1900 is an epic story of growing up in twentieth century Italy seen through the eyes of two friends named Alfredo and Olmo, played by Robert De Niro and Gerard Depardieu. De Niro comes from the rich and influential family and Depardieu comes from the poor one. This multi-generational epic is a tale well told that has a lot to say about politics, changing of fortunes and loyalty. The version I watched was about four hours long, but the story was more than big enough to warrant the running time. 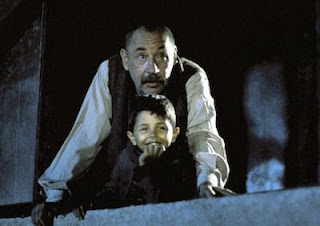 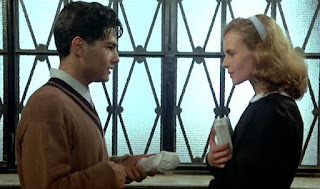 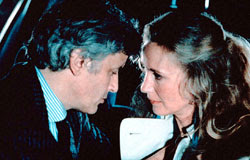 Cinema Paradiso is simply one of the most charming films ever made. A small boy named Toto in a small Sicilian town spends a lot of  his free time with Alfredo, the projectionist at the local movie theater. We also see Toto during his teen years when he is the Cinema projectionist and falls in love with a local girl named Elena. The final part has the grown up successful filmmaker Toto returning to his village thirty years later for Alfredo's funeral and concludes with his reuniting with Elena all those years later. The film works as nostalgia, a romance and as a film for anyone who has a love of cinema.
Posted by 1001: A Film Odyssey is produced, directed and written by Chris, a librarian. at 4:30 AM