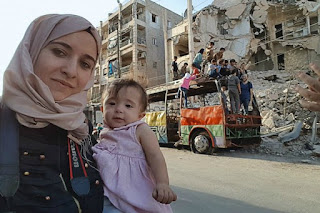 For Sama is the story documented by director Waad Al-Kateeb about her marriage and the birth of her son under the unimaginably horrific circumstances of the uprisng in Aleppo, Syria during the last few years. It's a first person view of the consequences of war with children often the innocent victims. For Sama was nominated for the Best Documentary Oscar for 2019. 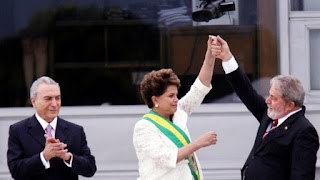 The Edge of Democracy


Another type of first person documentary shows what has happened to Brazil over the last couple of decades. The country has gone from a spirited democracy to basically being taken over by what is basically a Fascist regime. Petra Costa, daughter of prominent political activists, is the recorder of the unfolding story here. The Edge of Democracy was nominated for Best Documentary for 2019. . 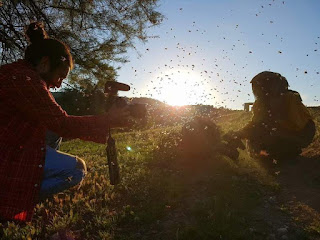 Honeyland depicts a small community in North Macedonia whose villagers depend on honeycombs and beekeeping to earn a living. The film focuses especially on one woman and her elderly mother. Honeyland definitely shows a world that I've never seen before as only a good documentary can.
Honeyland is nominated for Best Documentary and Best International Film for 2019. 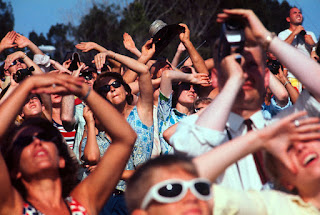 
Apollo 11 is a documentary using only archival footage of the first trip to the moon. It was listed as one of the Oscar favorites going in, but didn't even get nominated. Speculation is that it may have been seen more as a triumph of editing rather than as a documentary in the traditional sense. 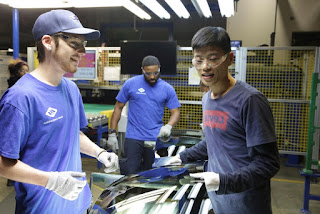 American Factory shows what happens when a large Chinese car glass manufacturer takes over a previously shut down plant in Ohio. It is fascinating to watch the culture clashes, the work ethic and the fight over unionization. I didn't realize the film was produced by Barack and Michelle Obama until the closing credits. American Factory was nominated for Best Documentary Oscar for 2019. 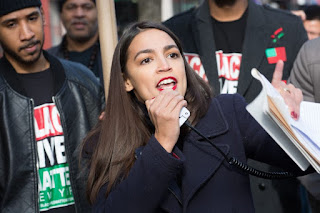 Knock Down the House


Knock Down the House is the inspirational (at least to me) of four Justice Democrats who ran for congress during the 2018 election. The odds were against them as they didn't take corporate donations and had the establishment fighting them all the way. I like all the women here, though the breakout star of this vehicle is clearly future president* Alexadria Ocasio-Cortez. The film won a prize at the Sundance film festival, but did not get an Oscar nomination.

*On a 2009 entry on this blog I said (jokingly!!) that Donald Trump was going to one day be the President. Let's see if I can prognosticate someone more positive for the future on this entry!
Posted by 1001: A Film Odyssey is produced, directed and written by Chris, a librarian. at 6:26 AM