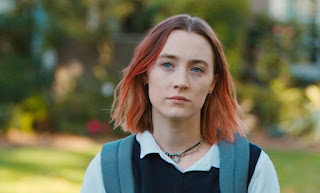 
Nice coming of age film that I've actually seen twice now-and it does gain through a second viewing. Saoirse Ronan got a well deserved Oscar nomination for her role as the titular Lady Bird and it might be my favorite performance of all the nominees (from two years ago). This is director Greta Gerwig's first major motion picture as a director. But is she going to be a one-hit wonder??? 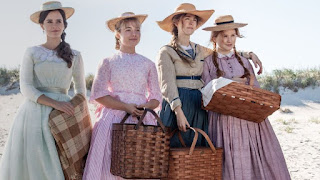 The answer to that is obviously no. Gerwig's new adaptation of Little Women has been been praised greatly and many think it is the best film adaptation yet of Louisa May Alcott's famous novel. I did go with a friend who is an expert on all things Little Women and though she liked it, she still didn't like it as much as the 90's version with Wyonna Ryder.

I haven't read the book in awhile and did find the jumping around with the timeline a bit confusing at times. I did like the meta take in that the character of Jo is actually trying to write the book Little Women about their lives!

Gerwig did bring back a couple of her Lady Bird stars to be in Little Women: Saoirse Ronan (Jo) and Timothee Chalamet (Laurie).

Random Little Women question: Of the sisters, Jo is clearly the star, Amy is the one with all the emotional problems and Beth is the tragic figure. But what about Meg? I can't figure out her deal exactly. Is she basically the Zeppo of the Little Women quartet?

Little Women has been nominated for six Oscars, including: Best Picture, Best Actress and Best Adapted Screenplay. Gerwig did not get a nomination for Best Director. 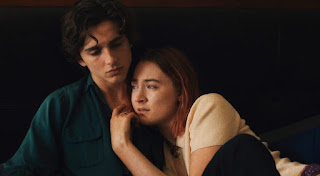 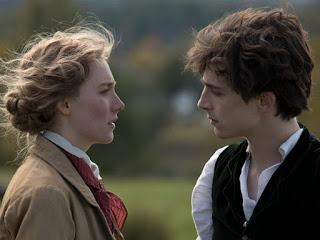 Posted by 1001: A Film Odyssey is produced, directed and written by Chris, a librarian. at 2:44 AM