I harken back to that time where I cut out and pasted movie advertisements in a spiral notebook during that transitional movie year all those many, many movie years ago. Looking at my notebook now, much of the print from the faded pages has yellowed, but yes, I still have it! So I’ve decided this month to stroll down memory lane and comment on some of the film ads from my movie scrapbook. I’ll also try to fit in a suitable 1001 movie entry at the end of each post since that is still the point of this blog.

1975 Movie Scrapbook (Post 3: Burt Reynolds)
Whether or not you were a fan of good ole boy epics like White Lightning, Hooper or Cannonball Run, you got to admit that there was no bigger star during the 70’s than Burt Reynolds. I found five ads for Reynolds movies in my scrapbook. 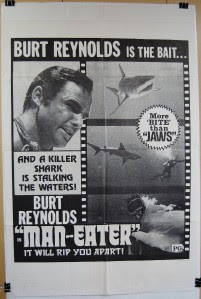 All I can say about this one is…I was had! After Jaws came out in the summer of 1975, there were some copycat films, but the one called Man-Eater was just a renamed re-released version of the 1970 Burt Reynolds movie Shark! And yes, I did see go to see Man-Eater at the theater when it was re-released. The ad has a large picture of Reynolds superimposed over a picture of a shark. The caption reads, BURT REYNOLDS is the bait…and a killer shark is stalking the waters! Man-Eater-It will rip you apart! More BITE than JAWS.

I do give the ad some credit, as I have never forgotten the More BITE than JAWS tagline. (And for the record, it did NOT have more bite than Jaws.) 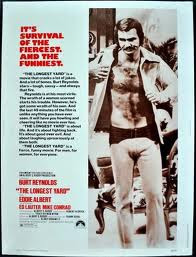 One of the best of the 70’s Reynolds flicks was certainly the prison football film The Longest Yard. The ad features Burt and his hairy chest (of course) and states, The audiences Don’t Just See It-They Cheer It! They Love It! An unnamed quote also states THE LONGEST YARD is a fierce, funny movie. For men, for women, for everyone. Still can’t believe they remade this with Adam Sandler, but that’s another story. 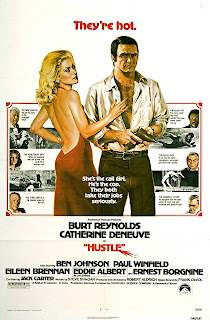 In this ad, we have sleek and sexy Catherine Deneuve looking beautiful in a backless dress and has a hand on the hairy chest of our man Burt! I never saw this one but the ad promises They’re hot. She’s the call girl. He’s a cop. They both take their jobs seriously!

I do have to admit that the combination of the star of Umbrellas of Chernbourg and the star of W. W. and the Dixie Dance Kings doesn’t seem quite right somehow. 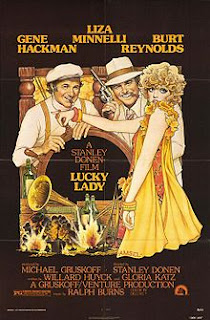 This film probably looked good on paper. Recent Oscar winners Gene Hackman and Liza Minelli teamed up with Burt and Singin’ in the Rain director Stanley Donen. The ad has no blurbs and just relies on a big picture of the three stars in prohibition era garb. I do remember when this came out, though I’ve never mustered up any desire to see it. 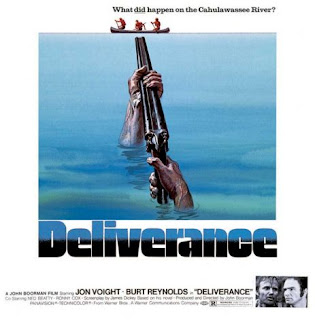 “The two most controversial movies of our time! the ad in my scapbook proclaims. I’m not sure about that, but this is a helluva a good double feature in my book, and it reminds us of those days of yesteryear when we actually had double features, kind of like major league baseball had scheduled double headers. (Waxing nostalgic about both)
I will say the picture in the ad of Malcolm McDowell (not the ad I have pictured here) does not look like it is from A Clockwork Orange, though that is probably a small quibble for a double feature I’d like to see. 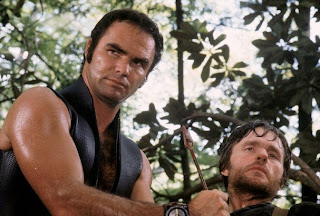 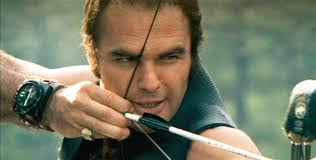