WILLY WONKA AND THE CHOCOLATE FACTORY (1971)

1975 Movie Scrapbook (Post 1: Kid flicks)
Movies designed for kids when I actually was actually a member of that demographic. 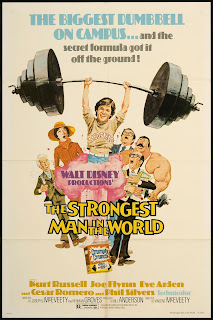 1. The Strongest Man in the World

I certainly saw all of the Disney/Kurt Russell/Joe Flynn/ Medfield High comedies back in the day. I’m pretty sure this was the last in the series. The ad says, “A secret formula explodes…POOF!…Instant Muscle…Instant Fun!” Same plot as The Computer Wore Tennis Shoes only with brawn instead of brains. 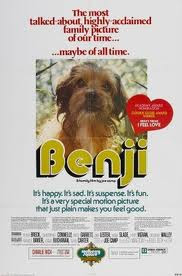 A movie that just plain makes you feel good! and “America’s most lovable new hero!” the ad claims.

How can you say anything bad about a movie featuring the lovable mug of Benji with a giant heart next to the pooch’s head? The heart mentions the Oscar nominated song (I Feel Love, which I’m guessing is not the Donna Summer song of the same name) from the film.. And no, I’m not going to say something bad about Benji. 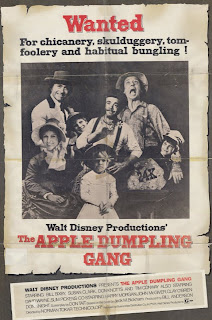 For chicanery, skullduggery, tom foolery and habitual bungling! was a Disney tagline if there ever was one. I did see this Tim Conway/Don Knotts vehicle when it came out. Liked it thirty-eight years ago…but have no desire to revisit it. 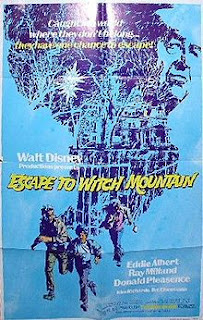 Another Disney where the main characters are Caught in a world where they don’t belong. They have to escape! I just know that flying saucers and Bette Davis are involved, and I’m pretty sure this is the only movie you could make that statement about.

Correction: Apparently there was a Return to Witch Mountain which also involved Bette Davis and flying saucers, but I never saw that one either. 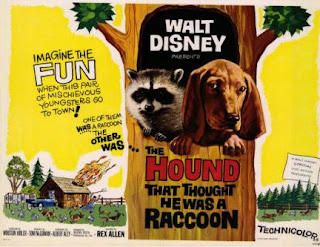 5. The Hound That Thought He Was a Raccoon

Willy and Wonka and the Chocolate Factory 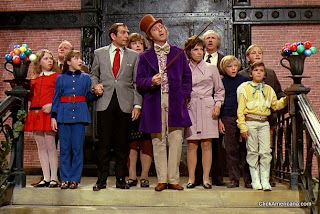 You could make a joke that Chris, the librarian is so old that he saw Willy Wonka and the Chocolate Factory in the theaters when it was new! Interesting and heartening to know that it is still a perennial favorite and would certainly make my 1001 list. How can you not love Willy Wonka and his wonderful world of chocolate? Though the real Willy Wonka chocolate bars from the 70’s weren’t that great. One change in viewing it again: I thought Sluggworth was pretty scary when I was a kid, but this time he would only make the “kinda creepy” category.

And another thing: I wish people would stop using Willy Wonka memes on the Internet. That's more than "kinda creepy." 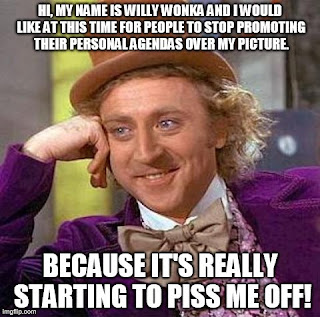 Posted by 1001: A Film Odyssey is produced, directed and written by Chris, a librarian. at 8:28 AM