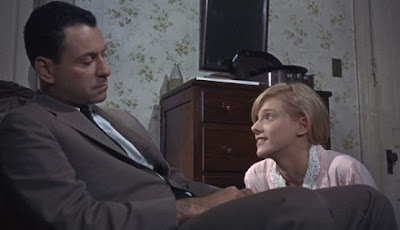 In these book vs. movie posts I’ve done during the last couple of months, I’ve tried not to always pick the book over the movie, but I’m afraid that is just the way it seems to have panned out most of the time. I mean if you want to see a movie that is better than the book you can always watch The Godfather, The Shawshank Redemption, Psycho or The Graduate.

Book or Movie? That being said, I’m still picking The Heart is a Lonely Hunter (the book) over the The Heart is a Lonely Hunter (the film), despite the fact that the film is not at all bad. It’s also interesting that it has never been filmed since that I’m aware of. The film does have Alan Arkin, who is as good as the deaf mute Mr. Singer as Cliff Robertson’s similar role as Charly from the same year. Of course, the story of Heart revolves mainly around the teenaged girl Mick played by Sondra Locke who is coming of age at this time in the rural south in the 30’s .

I first read Carson McCuller’s story in high school and was happy to note that all these years later, it is still thick with the good, the bad and the ugly of growing up in the rural South and holds up quite well. It also made the top twenty of the Modern Library’s top 100 English language novels of the century, so others obviously still like it as well. 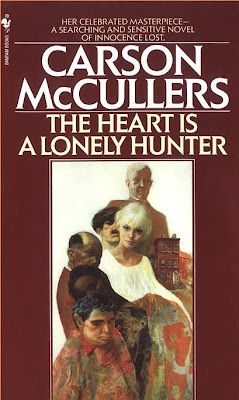 Posted by 1001: A Film Odyssey is produced, directed and written by Chris, a librarian. at 7:22 AM