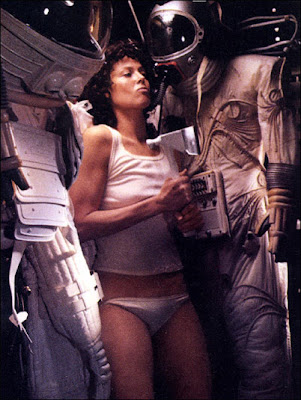 Alien (1979)
In Space No One Can Hear You Scream...One of the best tags for a movie ever. It’s always interesting to see the beginning of a film franchise when no one involved including the viewer knows where all this is headed. My favorite in the series.

The Scott River
The Scott River began too late in the decade to be associated with the 70’s too much, but I’ll give it credit for getting under the wire and flowing freely often afterwards.
Posted by 1001: A Film Odyssey is produced, directed and written by Chris, a librarian. at 12:04 PM