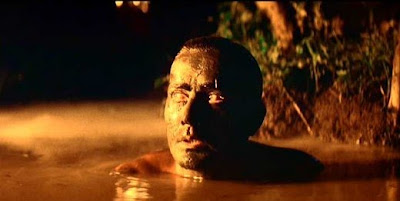 I just finished reading Peter Biskind’s book Easy Riders, Raging Bulls and watching the Hollywood documentary, A Decade Under the Influence. It made me nostalgic to revisit he American films of the 70’s that I grew up with. Ah…the films I grew up with. When Hollywood finally began to show the courage and made the kind of films that Europeans had been making for years. When a personal film like Five Easy Pieces could actually be a hit! Those were the days…The American movie Renaissance. But they weren’t all masterpieces, were they? I admit to being a huge fan of cheesy disaster movies during this era. But for every Towering Inferno or Love Story, there was a Lenny or The Deer Hunter or The Godfather or Midnight Express. Perhaps I’m romanticizing it a bit. As I said, they weren’t all masterpieces.

No film typifies the 70’s more to me than Francis Ford Coppola’s Vietnam epic Apocalypse, Now. There is so much in it that is brilliant (the great bombing sequences, Colonel Jessup’s scenes, the entry into the Kurtz compound) and some in it that is overdone (the crew’s massacre of civilians making them totally unsympathetic from that point on!). But I’ll tell you what-don’t miss it! People died and went crazy in the making of it (See the documentary Hearts of Darkness: A Filmmaker’s Apocalypse). All you-the viewer have to do is watch it! You aren’t in any real danger!

The story deals with Captain Willard (Martin Sheen) being sent on a mission down the Dugong River with his crew during the Vietnam War to assassinate the rogue Colonel Kurtz (Marlon Brando). I had never seen the Redux version that I just finished watching which included a twenty minute or so scene with a group of Frenchmen that was completely removed from the films original release. This made Apocalypse, Now not only an interesting revisitation but a partially new experience as well.

During the scenes where Willard’s crew was going down the river, I had a thought…a daydream. These films from the 70’s were from a time long ago now and viewing them again, I feel as if I too am going down a river, albeit a less dangerous and metaphorical one. A river of dreams. A river of hope. A river of disappointment. But I feel the need to go down this river all month. What will I find at the end? I don’t know, but I certainly want to go down the 70’s rivers and soak in all its components. But am I an assassin? I guess I’ll find out. 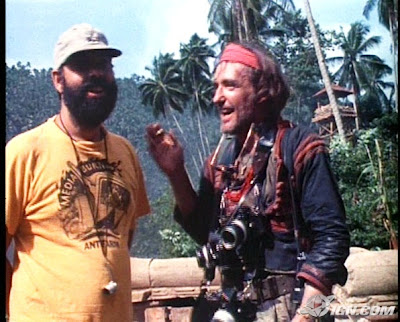 Posted by 1001: A Film Odyssey is produced, directed and written by Chris, a librarian. at 6:11 AM