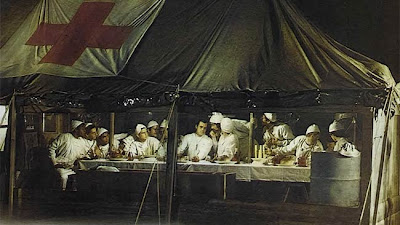 M*A*S*H (1970)
Definitely a big event when the original movie appeared on television during the early 70’s, even in a slightly edited version. “Hey did you see the shower scene/football game/pot smoking scene?”

The Altman River, Part I
An intense river whose flow can be grand and can also dry up quickly at times. Unlike many of the 70’s rivers, The Altman River did occasionally resurface during subsequent decades quite strongly.
Posted by 1001: A Film Odyssey is produced, directed and written by Chris, a librarian. at 2:52 PM